Buni, other members of APC’s CCEPC have no respect for Buhari — PGF DG 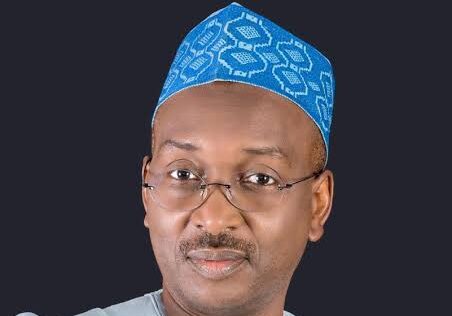 The Director General of the Progressive Governors’ Forum, Saliu Moh. Lukman, has said that the Chairman of the All Progressives Congress Caretaker Extraordinary Convention Planning Committee, Mai Mala Buni, and other members have no respect for President Muhammadu Buhari.

Lukman said this in an article he wrote on the trouble National Convention of the party, which has generated tension.

In the article, titled: “February APC National Convention requires no consultation,” the DG of the umbrella forum for Governors elected on the platform of the APC, said if Buni, the Yobe State Governor, and other members of the CECPC had regard for President Buhari, they would by now have put all modalities in place for the National Convention and announced a date.

He said by their action, the members of the CECPC are further fuelling the speculation in the polity that they were not keen on obeying the directive of the President and other leaders of the party that the National Convention must hold in February.

He wrote in the article, which full version is published elsewhere on this news website: “In the afternoon of Tuesday, January 12, 2022, there were media reports attributed to sources close to the All Progressives Congress Caretaker Extraordinary Convention Planning Committee claiming that the APC National Convention is postponed from February to June 2022. Shortly following the news of the alleged postponement, the Secretary of the CECPC, Senator John James Akpanudoedehe, issued a statement of rebuttal, calling on the general public to ‘completely disregard fake news on the reported suspension of the planned National Convention’. The statement further informed the public that the CECPC ‘is already embarking on consultations with party stakeholders to prepare the ground for a rancour-free National Convention’.

“Sadly, the statement, like previous ones from the CECPC, didn’t announce any date and venue for the National Convention. Very disappointingly, the statement said ‘sub-committee on budgeting and other substructures will be set up in due course.’”

Lukman, who told readers that his position does not represent that of the PGF or any Governor who is a member, said the action of the Committee was a slap on the face of Nigerians and an insult on members of the APC.

He said this was more so considering that all indicators point at the fact that the National Convention may not hold in February or it may drag towards the end of the month.

He said this was so because the CECPC was yet to constitute some critical sub-committees and yet to inform the Independent National Electoral Commission, which must get a 21 days notice.

He wrote: “This is a slap on the face of Nigerians and an insult on party members. How can a statement from “a focus-driven, process-oriented political party” make such a scandalous statement allegedly assuring that a Convention scheduled to hold in February without indicating a date and venue for the Convention? If subcommittees, whether for budget or anything are to be set up, to perhaps mobilise funds for the Convention, why are they not set up with just about two weeks to the end of January?

“Somehow, it is difficult not to conclude that the CECPC is intentionally promoting speculations around the APC National Convention by claiming to embark on ‘consultations with party stakeholders to prepare the ground for a rancour-free National Convention.’ Recall that on November 22, 2021, the Chairman of the Progressive Governors Forum, His Excellency Abubakar Atiku Bagudu, led a delegation, which included the CECPC Chairman, His Excellency, Mai Mala Buni, to President Muhammadu Buhari to finalise consultations on the date of the Convention. Immediately after the meeting with President Buhari, His Excellency Bagudu announced the agreement reached with President Buhari to the effect that the Convention will hold in February 2022.

“With such an agreement, the responsibility of the CECPC is to go ahead and start organising the Convention. With almost two months after, the CECPC has not issued any notice of the Convention to anyone. Not even the Independent National Electoral Commission, which by the provision of the Electoral Act as amended, is required to be given at least 21 days’ notice. It is very difficult not to conclude that both the Chairman and all members of the CECPC have no respect for President Buhari, which is responsible for why they are doing everything possible to sabotage decisions validly taken to hold the APC National Convention in February after consultation with the President.”

Lukman said the CECPC was already dragging the party into an era worse than that of the leadership under former Edo State Governor, Adams Oshiomhole.

He said: “For whatever reasons, it would appear that the leadership of CECPC are enjoying all the public speculations maligning Governors and some other senior leaders of the party as working to stop the APC National Convention from holding in February 2022. This is most unfortunate. The truth must be told: the responsibility of organising the February 2022 APC National Convention rests squarely with the CECPC. At this point, it will be necessary to remind all members of the CECPC and by extension all leaders of APC that part of the reasons that made it very necessary to dissolve the Comrade Adams Oshiomhole-led National Working Committee was the disrespect for leaders and members of the party, especially by Comrade Oshiomhole, the former National Chairman of the party. It was on record that during the tenure of Comrade Oshiomhole as National Chairman, the recommendations of party leaders and members were hardly considered.

“The CECPC leadership has returned the party back to the mode of open disrespect for any recommendation given. It is even worse now given that the CECPC is ready to sacrifice the future of the party. Clearly, what is staring us in the face is that all the bad leadership records under the Comrade Oshiomhole-led NWC is about to be met and outstripped by the present CECPC. This clearly raises question about political leadership recruitment approaches in the country. Unless this is addressed, as a party, APC may continue to change leaders, but the problem will remain. APC, being a party envisioned to facilitate the process of political change in Nigeria, must appropriately use the present challenges to begin to introduce changes to the process of political leadership recruitment in Nigeria.”