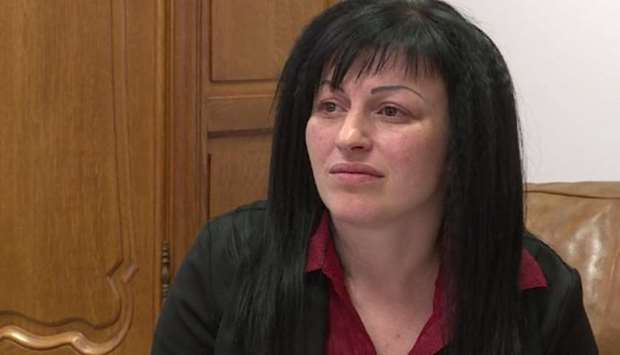 Image processed by CodeCarvings Piczard ### FREE Community Edition ### on 2017-09-27 14:09:20Z | |
Share
Facebook Twitter LinkedIn Pinterest Email
A member of a nationalist political party in Bulgaria on Wednesday was sentenced to three years in prison for participating in migrant smuggling.
Anelia Veleva, a member of the anti-immigration National Front for the Salvation of Bulgaria party, was also fined 5,000 levs ($3,000) by the court in Plovdiv, Bulgaria’s second-largest city.
Veleva was caught, along with five other people, by police in late July as the group was transporting three Iraqi and two Syrian migrants towards Serbia.
After her arrest, Veleva had resigned from her post as NFSB chairwoman in the western Kostulan province.
dpa/NAN.
Anelia Veleva Bulgaria
Share. Facebook Twitter Pinterest LinkedIn Tumblr Email