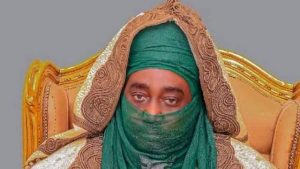 The Deputy Speaker of the House of Representatives, Ahmed Wase, has congratulated HRH Ahmed Bamalli, on his ascension to the throne as the 19th Emir of Zazzau.

In a congratulatory massage signed by his Chief Press Secretary, Mohammed Umar-Puma,  Wase called on the new emir to build on the legacies of his forefathers.

He urged the new emir to uphold the sanctity of the throne and the traditional institution in general.

“I want to extend my sincere congratulations to Ahmed Bamali for his well deserved appointment as the Emir of Zazzau by the Kaduna State government.

“As a trained lawyer, banker and diplomat, I am confident that you will live up to expectations and build on the legacies of your forefathers, anchored on humility, modesty and sacrifice,”

Wase called on the new Emir to see his appointment as a rare opportunity to serve his people and the country at large.

The Deputy Speaker prayed Almighty Allah to give the royal father the strength, wisdom to carry out his duties diligently and with fear of God.

NAN reports that Governor Nasir el-Rufai announced the appointment of Bamalli as the new emir of Zazzau on Wednesday.

Bamalli succeeds Shehu Idris, the 17th Fulani emir of Zazzau who reigned for 45 years before his death on September 20.