by The Eagle Online
in Worship
1 min read
0

Photos as President Buhari hangs out with granddaughter in Aso Rock

President Muhammadu Buhari was received warmly by a large crowd of people gathered at the new mosque in his native village, Dumurkul, near Daura, Katsina State on Friday.

The doors of the Friday Prayer, Juma’at Mosque were opened to worshipers at a ceremony attended by the Emir of Daura, Alhaji Faruk Umar Faruk, and a number of Islamic leaders in the community.

The 1000-capacity mosque harbours a school and a proposed residence for the Imam.

In a speech on the occasion, the Emir praised the family of the President for making available a part of their farmland used in building the mosque.

He thanked Buhari for leading the family to raise the befitting mosque, describing it as an important example of the President’s commitment to his native community.

Faruk thanked the people of Daura and Nigerians at large for returning the President in the election and asked for support that would enable him to succeed on his mandate.

In his sermon, the Imam of the mosque, Alhaji Sulaiman Dutsi, prayed for the success of the Buhari administration.

Dutsi urged the President to strive to meet all expectations, and the Muslim faithful to always remember that they will give account to God for everything they do. 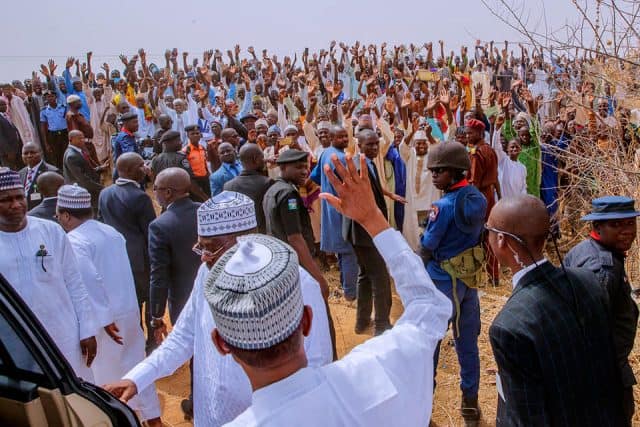 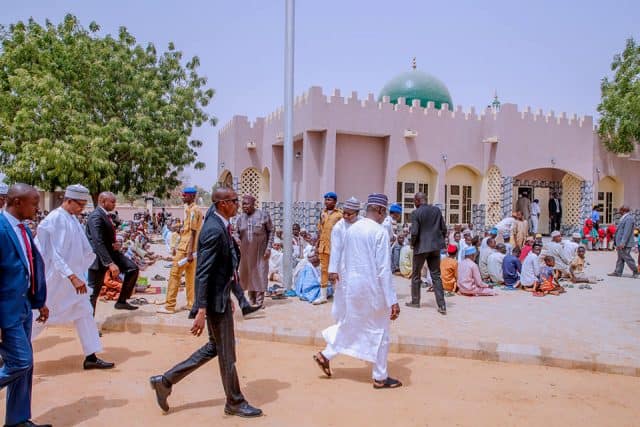 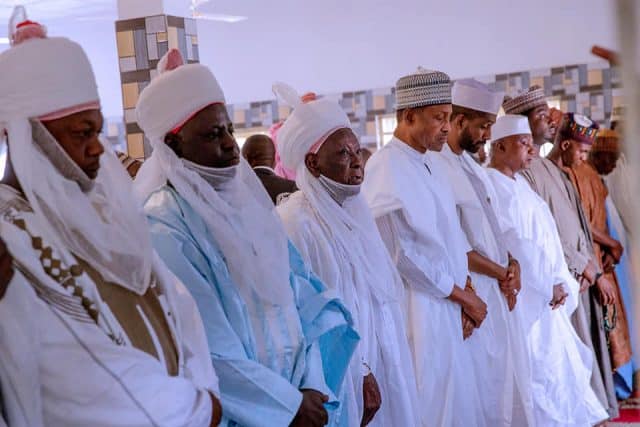 Photos as President Buhari hangs out with granddaughter in Aso Rock

FG rolls out tough guidelines for passengers ahead flight resumption