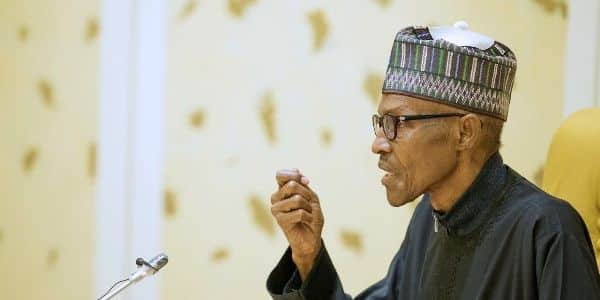 President Muhammadu Buhari on Monday welcomed the interest of the Dutch Prime Minister, Mark Rutte, to support the restoration of the Lake Chad to its old glory.
Buhari said this when he met with Dutch Prime Minister at The Hague.
President Buhari also welcomed Netherlands’ commitment to establish a technical committee to work with the Nigerian side on the best approach to address the shrinkage of the Lake Chad.
The Nigerian leader stressed the need for workable solutions to restore the Lake Chad, including the inter-basin water transfer project from Ubangi River in Central Africa to the Lake.
Buhari also raised the humanitarian crisis in the region, the receding of the Lake Chad and its impact on the economy of the communities living in the area.
The two leaders also discussed the fight against insurgency in the North East, climate change, economic cooperation, the fight against corruption and a range of other issues of mutual interest
President Buhari highlighted the progress made in the fight against insurgency in the North East and the Dutch Prime Minister pledged the support of his government for the anti-terrorism efforts in the region.
Presidential spokesman, Femi Adesina, said President Buhari also expressed the firm commitment of his administration to recover more stolen funds and assets of the country stashed abroad.
Buhari looked forward to working closely with the Netherlands on this, Adesina added.
Prime Minister Rutte congratulated Nigeria on the enormous strides being recorded on the economy, including Nigeria’s rising profile on World Bank’s Ease of Doing Business.
According to the Rutte, Netherlands is one of Nigeria’s biggest trading partners.
The two leaders agreed on the need for more collaboration to increase trade.
Meanwhile, Nigeria will be at the centre of global attention when President Muhammadu Buhari addresses the International Criminal Court on Tuesday.
The Nigerian leader is the only President invited to grace the 20th anniversary of the adoption of the ICC Rome Statute.
“President Buhari will share his thoughts on the values and ideals of the Court, which was established to prevent impunity, and try cases of genocide, war crimes, aggression, and crimes against humanity,” Adesina said.