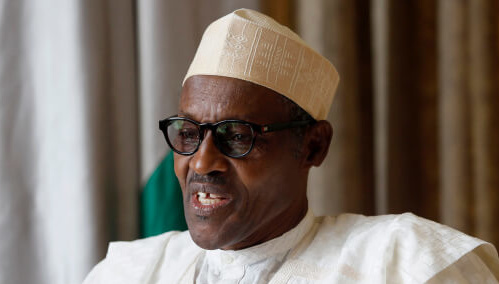 President Muhammadu Buhari on Monday in Abuja urged the Peace and Security Council of the African Union and regional economic communities to ensure proper coordination and harmony their efforts at tackling insecurity in the continent.
Buhari said this while declaring open the Peace and Security Council Retreat on the enhancement of cooperation between the AU Peace and Security Council and the Regional Economic Communities in the promotion of peace, security and stability in Africa.
Represented by Vice President Yemi Osinbajo (SAN), Buhari said it was embarrassing that on a regular basis there were fresh conflicts in the continent or a relapse of post-conflict situation, including terrorism and violent extremism, resulting in large refugee situations and displacement of many across borders.
He said: “In wishing you every success in these collective efforts for peace and security in Africa, I would like to remind that attention should be focused on how the Peace and Security Council and the regional economic communities can enhance effectiveness and efficiency using their comparative advantages and various capacities within the context of subsidiarity and complementarity in the areas of early warning and early action, conflict prevention, peace-making, post-conflict peace building, reconstruction and development, strengthening of democratic practices and good governance as well as in combating terrorism and violent extremism.”
According to the President, it is if and when all of these are comprehensively addressed that all the weak linkages and gaps that often pose the risk of parallel initiatives will be eliminated, thereby achieving the limited objectives under African Peace and Security Architecture.
Buhari said Nigeria had always advocated for the proper conception and implementation of closer cooperation and collaboration between the AU and the regional economic communities, giving the successes recorded by ECOWAS.
He said: “We have always believed that the position of the regional economic communities as the basis of our future development is long assured and no chance should be missed to further strengthen it.”
Buhari described the Abuja retreat as timely as it came during a season of conflicts in the continent, adding that the PAC had been the continent’s lead response agency in tackling numerous challenges from political conflicts to humanitarian crisis such as the Ebola virus disease outbreak.
He said the envisaged relationship between the AU and the regional blocs covered all aspects of the continent’s developmental needs.
“While the Peace and Security Council as an organ of the Union exercises continental oversight on all issues of peace and security in respective member states, it is the regional economic communities that often exercise initial management responsibilities on all crises whenever they occur,” the President said.
Accordingly, he said if the AU was to deliver on the goals set out in the constituting Acts, closer cooperation and synergy with regional communities was imperative.
He said that the Council had come a long way since 2004 in providing Africa with the mechanism to manage of peace and security issues, which was worthy of emulation by other regions in the world.