Buhari to Obasanjo: Where is the power you spent $15b on? 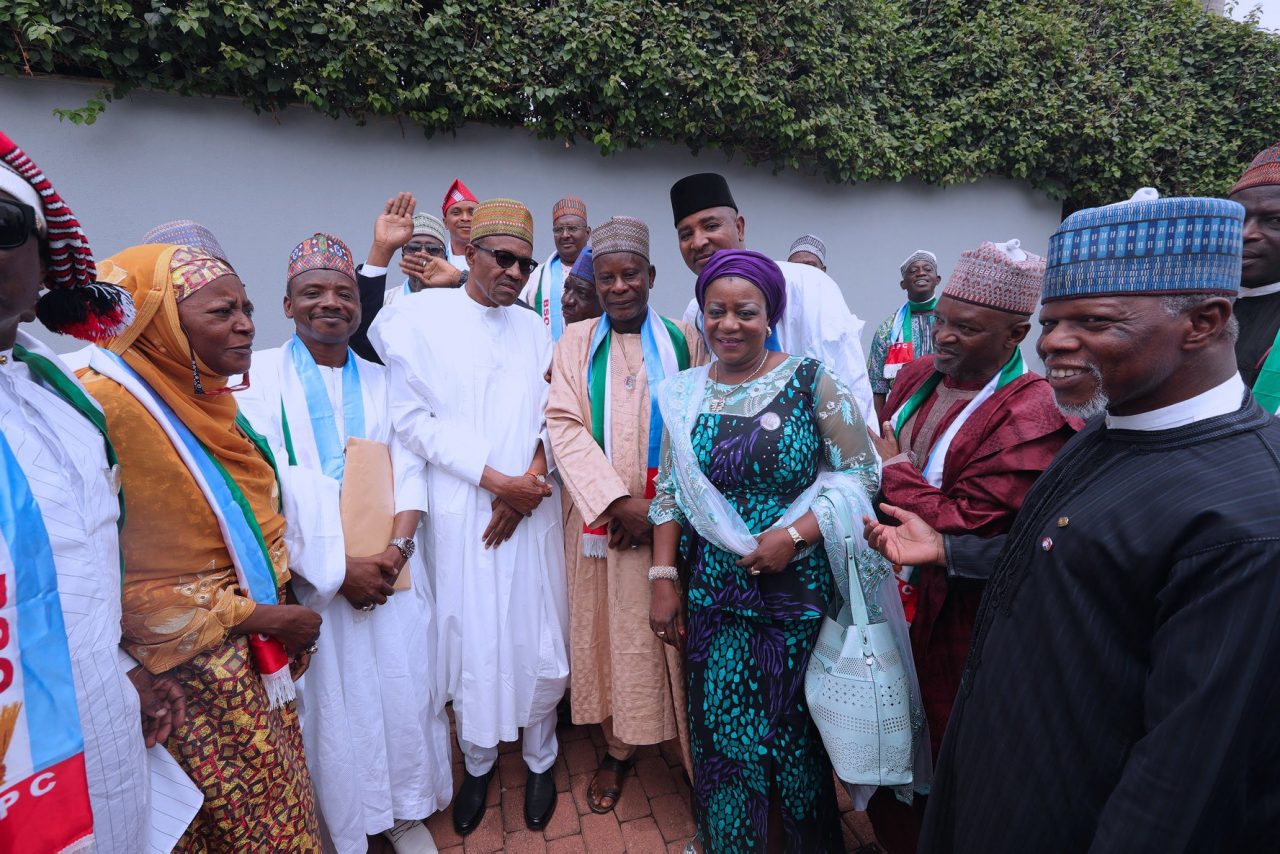 President Muhammadu Buhari on Tuesday in Abuja said those who mismanaged Nigeria’s economy in the past, through fraudulent electricity projects and misuse of revenue earnings from oil, had no love for the country.
Receiving members of the Buhari Support Organisations, led by the Comptroller-General of Customs, retired Colonel Hameed Ali, at the Presidential Villa, President Buhari urged Nigerians to remain vigilant and ensure that only “people of conscience are in-charge of governance at all levels” as the nation prepares for general elections in 2019.
Buhari, though did not mention names, took a jab at former President Olusegun Obasanjo, who claimed to have spent $15 billion on power, with the country still suffering epileptic power supply.
Indeed, about $16 billion was said to have been spent on power in the eight years of Obasanjo as civilian president.
The House of Representatives initiated an inconclusive probe of the spending.
Buhari also said no matter what anybody thinks of Nigeria’s late Head of State, General Sani Abacha, he did well by constructing roads.
Buhari was the Chairman of the Petroleum Trust Fund when Abacha was Head of State.
Under Buhari, PTF built several roads, especially in the North.
Buhari told his guests on Tuesday: “I challenge anybody to check from Europe, America and Asia, between 1999 and 2014, Nigeria was producing 2.1 million barrels of crude oil per day at an average cost of $100 per barrel and it went up to $143.
“When we came, it collapsed to $37 to $38 and later was oscillating between $40 and $50.
“I went to the CBN (Central Bank Nigeria) Governor, with my cap in my hand, and asked if we had savings.
“He told me we had only debts, no savings.
“Some of the roads were not repaired since the Petroleum Trust Fund days.
“I don’t care the opinion you have about Abacha, but I agreed to work with him and we constructed roads from Abuja to Port Harcourt, Benin to Onitsha and so on.
“We also touched education and health institutions.
“One of the former Heads of State was bragging that he spent more than $15 billion on power in Nigeria.
“Where is the power?”
On the mismanagement of the economy by previous administrations, President Buhari noted that the perpetrators lacked imagination and plans for the development of the nation.
He said: “Sometimes, I wonder about those who can afford to send their children abroad for studies and yet continue to sabotage the economy.
“I wonder what kind of Nigeria they want their children to return to and work.
“There is a lot of lack of imagination.
“If you are working for the country, then you shouldn’t be misappropriating and misapplying public funds the way people did.”
The President noted that under his watch, the 2016 and 2017 budgets recorded the highest appropriation and releases in capital projects, with over N2.8 trillion disbursements in two years.
Buhari urged Nigerians to reject those bent on dividing the country along religious and ethnic lines, warning that they do not mean well for the country.
He said: “I have said severally that we do not have any other country than Nigeria and we will remain here and salvage it together.
“We have nothing to regret.
“Absolutely nothing.
“God has given Nigeria everything.
“We are rich in human and material resources.
“Let us keep on praying to God to put people of conscience in charge at all levels.”
On the activities of the support group, Buhari apologised for not rallying them before announcing his intention to seek re-election in 2019 during a meeting of the National Executive Committee of the All Progressives Congress on April 9, 2018.
He thanked members of the group for their resolute support to him as a presidential candidate in 2015 and all through his term in office, adding that their voluntary sacrifices were an indication of their trust and belief in the great future of the country.
In his remarks, Ali said the group and majority of Nigerians are passionate about a second term for Buhari because of his integrity, honesty, love and patriotism.
He noted that Buhari has entrenched fiscal discipline and prudent management of resources, improved the nation’s security and delivered on his promise to revamp agriculture as a major revenue earner for the country.