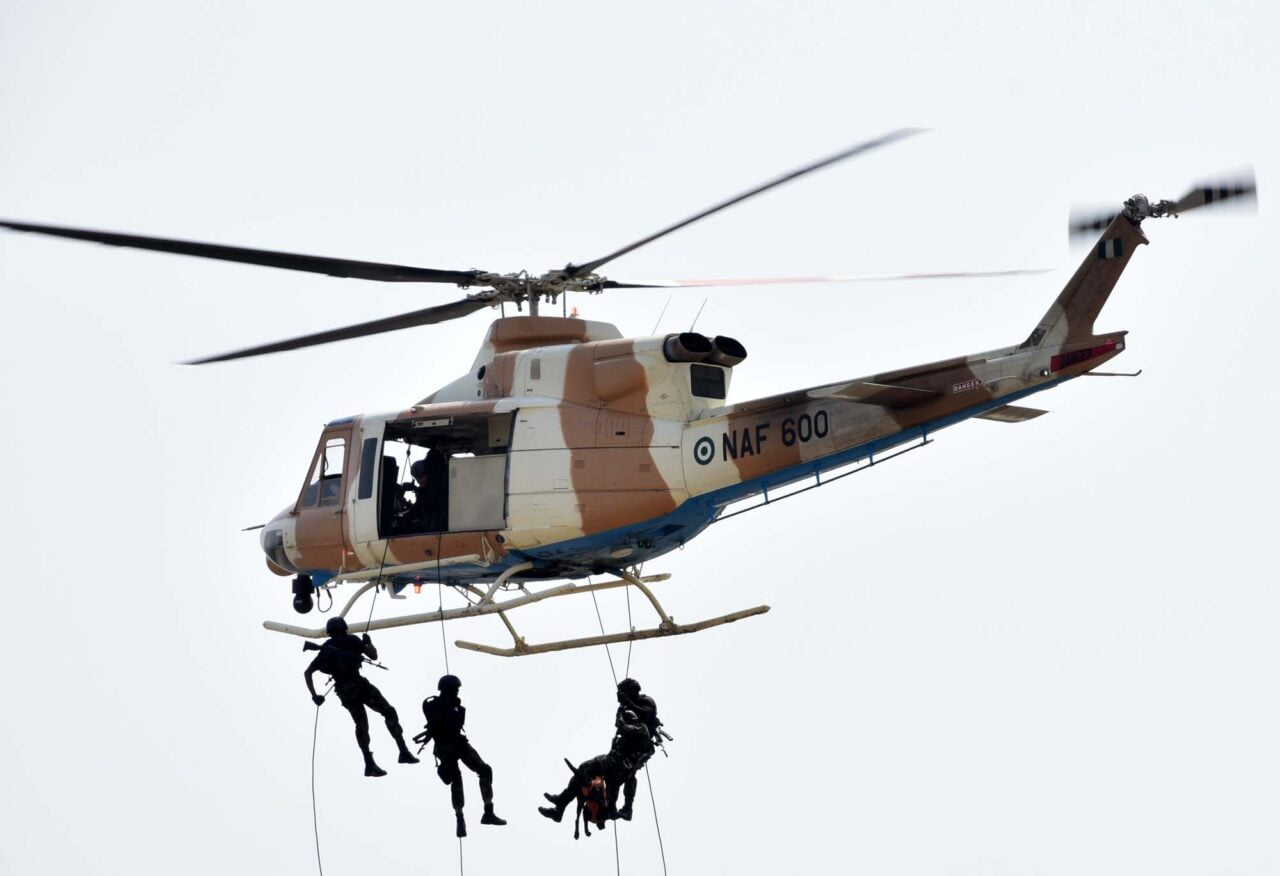 President Muhammadu Buhari Thursday in Abuja said the military will be re-professionalized and re-equipped to meet the growing exigencies of security in the country, assuring Nigerians that the promise of ending terrorism would be realised.
“We promise to re-professionalise and re-equip the Armed Forces and security agencies to effectively discharge their duties to our nation,” the President said at the commissioning of two Nigeria Air Force Agusta 109 Power Helicopters and Mi-17 E Helicopters at the Eagle Square.
Buhari said: “Professionalism, capacity building and adequately equipping the Armed Forces and other security agencies are a major policy thrust of the Administration.”
The President urged the Nigeria Air Force to ensure discipline in their operations and a strong maintenance culture that will enable the nation derive maximum benefits from the newly acquired helicopters.
“I have no doubt that the deployment of these Agusta 109P gunships and the M-17IE helicopter would add impetus to the combat efficiency of the Air Force in combating our contemporary security challenges,” he added.
President Buhari noted that two earlier commissioned Agusta 109 Power helicopter gunships, which were procured from Italy over a year ago, had made impact on the war against terrorism.
He commended the support of the Governments of Italy and the Russian Federation and efforts of the Italian and Russian Ambassador to Nigeria at sustaining the strategic partnership, which facilitated this acquisition.
He said: “I want to, once again, salute the resolve of our Armed Forces and the invaluable contributions of all security agencies for their efforts towards the decimation of Boko Haram.
“Your contributions in internal security, peace keeping and humanitarian operations in places like The Gambia, Guinea Conakry, Mozambique, Liberia, Sierra Leone, Mali, Guinea Bissau and Cameroon have not only been a source of pride to us as a nation, but has also projected us as a reliable regional power.
“I promised to put an end to Boko Haram insurgency, kidnapping and other forms of criminalities that have bedeviled our country during my inaugural speech as President.
“You will all agree with me that the successes we have achieved so far have restored our pride and honour the world over. Consequently, I want to sincerely thank Nigerians for believing in our government inspite occasional outrages, coming together as a nation, irrespective of political, religious and ethnic affiliations, in our strive to bring this menace to an end.”
President Buhari appreciated Nigerians for their support of the military and other security agencies against terrorism, banditry and kidnapping, adding that the security challenges would be collectively won.
In his remarks, the Minister of Defence, Bashir Salihi Magashi, said the purchase of the helicopters further demonstrates the administration’s commitment to bringing the security challenges in the country under control.
The Chief of Air Staff, Air Marshal Sadique Abubakar, said the visionary approval to purchase more aircraft for the Air Force since 2015 had impacted positively on the fight against terrorism and other crimes.
Abubakar said: “Your Excellency’s government has so far procured and inducted 22 aircraft.
“And the service is expecting 17 additional platforms including 12 x Super Tulcanos from the United States.”