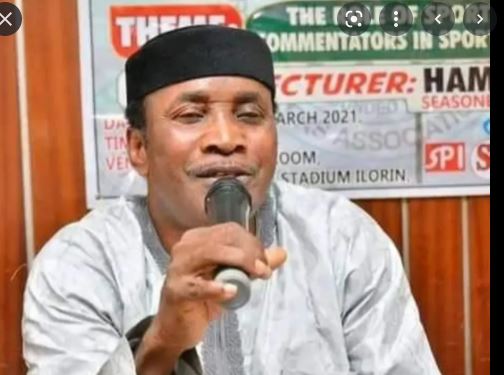 President Muhammadu Buhari has joined the sporting community, and the media in celebrating Nigeria’s 100m sprinter at the 1980 Olympic Games, Hameed Adisa Adio, as he turns 67, tomorrow, January 20, 2022.

President Buhari in a press statement signed Wednesday by his Special Assistant on Media and Publicity, Femi Adeshina salutes Adio, who was the captain of the national Olympic team to Moscow, USSR, for his loyalty and dedication, lifting the country’s flag on the track, and pursuing a career, where he consistently upheld Nigeria’s image, especially at the FIFA 1998 World Cup and 1999 IAAF World Championships in Seville.

“As a former public servant and staff of Nigerian Television Authority (NTA), President Buhari notes that Adio brought style and ease to sports broadcasting that endeared him to fans of various games, and his witty narratives further inspired many to participate and compete” the statement said.

The President also extols Adio’s contributions as former Commissioner for Sports and Youth Development in Kwara State, and for serving on the various boards of federations, appreciating him for staying relevant in building talents and improving sports administration in the country.

Buhari prays for more strength and good health for the sprinter and broadcaster.