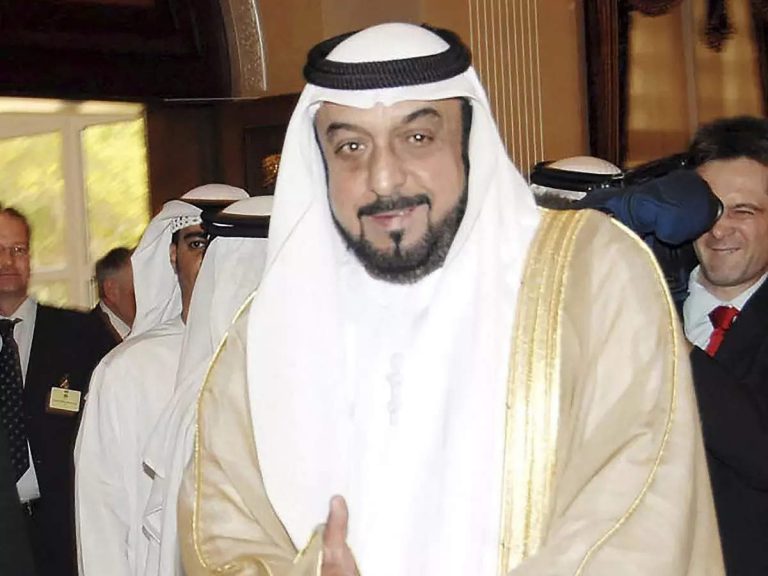 President Muhammadu Buhari says the death of UAE President, Sheikh Khalifa Bin Zayed “has robbed the world of one of its visionary and most remarkable leaders of modern times.”

President Buhari’s condolence is contained in a statement signed by his Senior Special Assistant on Media and Publicity, Garba Shehu said that “it’s impossible to write about the social and economic transformation of the UAE without recognition of the significant and immeasurable contributions of the deceased to the progress of the country today.’’

According to the President, “It’s on record that today the UAE is ranked among the most economically developed countries and the second biggest economy in the Gulf Cooperation Council (GCC).

“Even a cursory observer cannot fail to notice the level of transformation that has taken place in the UAE in areas such as infrastructure, housing, education, health care and social welfare.

“The late Khalifa Bin Zayed will have a prominent mention in the pantheon of great achievers who have used the wealth of their countries to transform the lives of the people.’’

President Buhari also recalled that: “During my visit to the UAE, I was impressed by the level of modernization and transformation that had taken place in the country, and you can’t help giving credit to a great man like Sheikh Khalifa Bin Zayed for his role in those efforts to transform the UAE into a diversified modern economic miracle.”