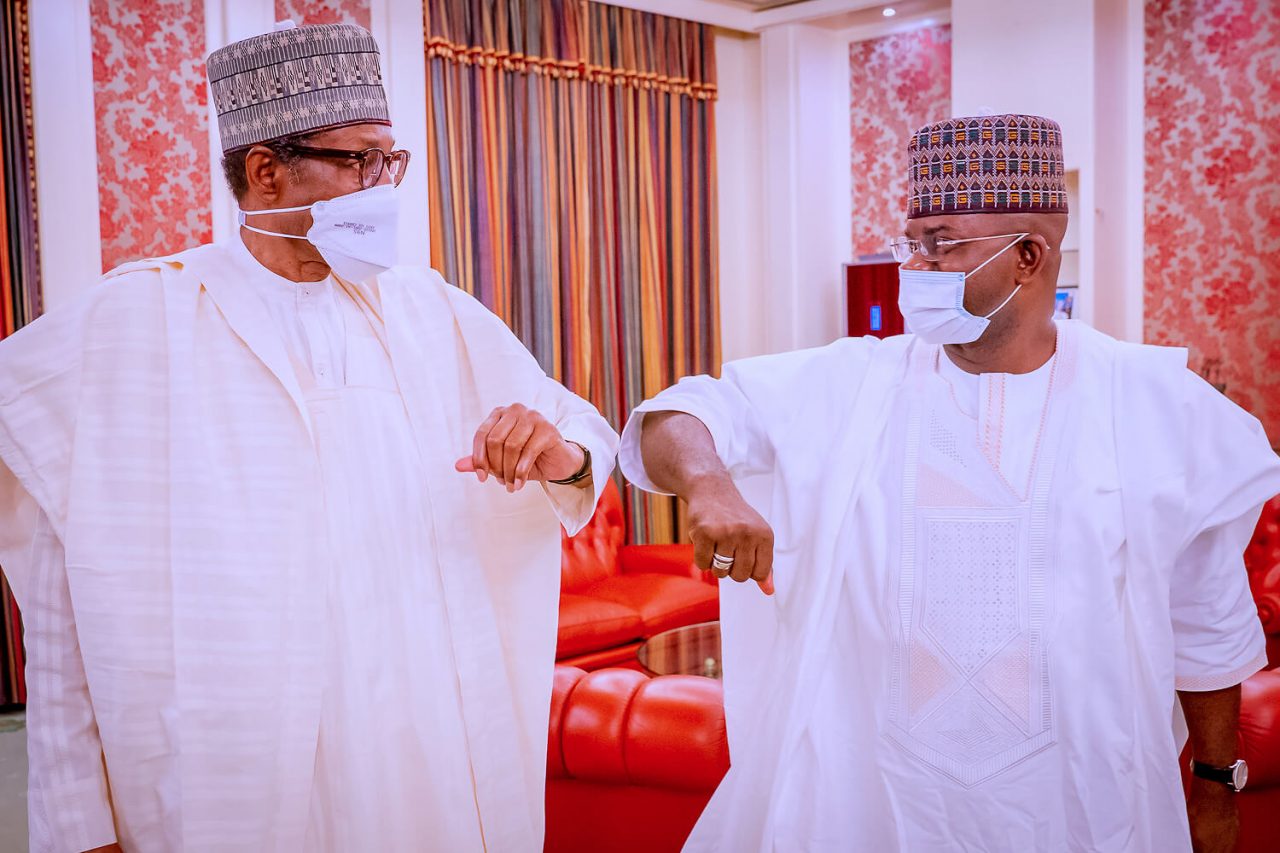 The News Agency of Nigeria reports that the President met separately with the two governors as Ayade was visiting the Presidential Villa for the first time since his defection from the Peoples Democratic Party to All Progressives Congress two weeks ago.

Fielding questions from State House correspondents after the meeting, Ayade emphasised that he left the PDP for the sake of Buhari, adding that the President’s virtues attracted him to the APC.

He said: I moved into the APC because of my personal relationship with Mr. President.

“I have watched him and I found honesty, integrity and I see his wish and commitment to the Federal Republic of Nigeria.

“To that extent, I have a leader that I trust.

“Opposition in the third world means let everything happen that will make the other party look bad.

“I am one of the strong Nigerian Governors who has risen beyond party lines and ethnic lines by virtue of my education and exposure.”

According to Ayade, his decision to join the APC is generating a lot of concern for the PDP occasioned by the fact that it came as a rude shock.

He said: “And sincerely, it is indeed a rude shock because until I defected, I was a very strong member of the party in truth and in spirit.

“So, in terms of performance of PDP, it should be highest performance in the last election in Cross River, which means of all the elected offices, except for one office, PDP cleared all.

“So, for such a governor who led PDP to such a victory to defect to APC, definitely it must come as a very, very rude shock.”

The governor condemned the reported cases of attacks on public facilities by those he described as paid militia and bandits across the country.

Ayadee accused some unpatriotic politicians as sponsors of the attacks, kidnapping and killings of innocent citizens in some parts of the country.

He said: “The increasing insecurity in Nigeria as Nigeria suffers attacks from extraneous aggressors, paid militia and bandits, the opposition party only celebrates that because they believe it gives them a chance to win in 2023.

“The country is snowballing into a civil strife.

“We need to come together and support Mr. President to overcome the insurgency which is characterised by external militias, who are paid for the purpose.”

On his part, Bello told Correspondents that he was in the Villa to brief the President on socio-economic developments in Kogi State.

Bello said he also used the opportunity to console the President on the recent plane crash in Kaduna that claimed the lives of Nigeria’s Chief of Army Staff, Lieutenant General Ibrahim Attahiru, and 10 other military officers.

The Governor, who spoke on his political ambition, dismissed the calls for rotational presidency in the country, saying it has outlived its usefulness.

Bello, who said he might heed the clamour from Nigerians to contest the 2023 presidential election, stressed that competence and capacity should be the criteria for electing the next president and not primordial sentiments.

He said: “Why don’t we simply go for the best.

“After all, we copied this democracy from America and some of the developed world.

“How many of these countries are practising rotational presidency?

“You see, we are where we are today not because we are practising rotational presidency.

“If you want to go by that rotational presidency, then do perfect zoning.

“And if you go by rotation and whichever way you come from, I don’t think you should exclude where I come from.

“Number two, let us get a credible, sincere, patriotic Nigerian to fix our problems.

“If you’re flying an aircraft, you don’t ask who is the pilot?

“If you take the operation in a hospital, you wouldn’t ask which doctor is this?

“Is he from your zone, your tribe, your religion?

“All you want is the best pilot to fly you safely to your destination.

“All you want is you want the best doctor to handle you and deliver you safely from the operation.

“I think Nigeria is at that point now of seeking the best from anywhere in this country, irrespective of where he comes from.

“Thereafter, you balance and remain in position to reflect equity, fairness and justice.

“That is my position.”