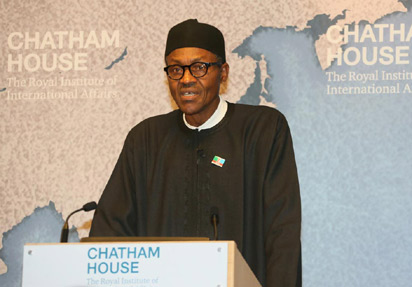 Nigeria’s President-Elect, Muhammadu Buhari, has been announced as one of TIME magazine’s 100 Most Influential People for the Year 2015.

In an entry written by Aryn Baker, the magazine’s Africa Bureau Chief, Buhari was described as “demonstrating the inclusivity necessary to lead a nation riven by ethnic and religious tensions”.

On March 28, 2015, Buhari won Nigeria’s presidential election on the platform of the opposition All Progressives Congress.

He defeated the incumbent and candidate of the Peoples Democratic Party, Dr. Goodluck Jonathan.

By that, he became the first man to defeat an incumbent through a free, fair and credible democratic process.

The article by Baker, titled: A new choice for Nigeria, is reproduced in full below:

Muhammadu Buhari made history in March by becoming the first candidate to oust a sitting Nigerian President through the ballot box. Now he has to live up to voters’ expectations. From battling the Boko Haram insurgency to tackling endemic corruption, Buhari has many challenges ahead. The greatest may be overcoming his past as a military ruler who seized power in 1983. Already the born-again democrat is demonstrating the inclusivity necessary to lead a nation riven by ethnic and religious tensions. “We must begin to heal the wounds and work toward a better future,” he said in his April 1 victory speech. “We do this first by extending a hand of friendship and conciliation across the political divide.” It’s a promising start for a President-to-be who wants to leave a legacy to match the historic conditions of his election.