Buhari: Leaders who swear by Holy Books must not abuse public office 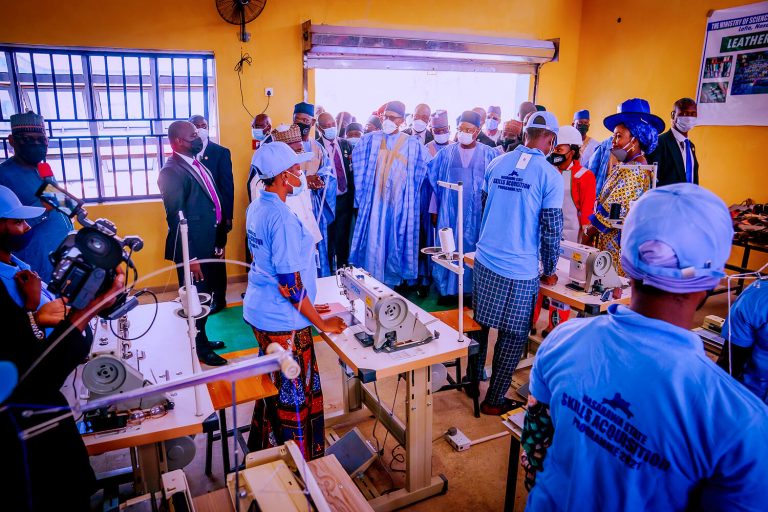 President Muhammadu Buhari on Thursday in Lafia, Nasarawa State said leaders who take the oath of office, swearing with the Holy Book, must be careful not to abuse the trust of leadership placed on them by the people and God.

President Buhari said this during a courtesy visit to the palace of Emir of Lafia, retired Justice Sidi Bage Muhammad 1.

The President reaffirmed that he has no intention whatsoever to stay beyond the constitutionally recognised two terms of office as leader of Nigeria.

He said: “The traditional ruler is on a terminal appointment.

“Constitutionally, we (elected public office holders) are not.

“I cannot go beyond two terms and I have sworn by the Holy Quran that I will uphold the Constitution of the Federal Republic of Nigeria.

“Politics apart, whenever we are made to swear by the Holy Quran, we have to be very careful.

“We must make sure that we do not abuse the trust God has given us as leaders.

“I have seen former governors here and I am looking forward to also becoming a former president.”

President Buhari thanked the people of Nasarawa State for a rousing welcome, expressing delight that the North Central State was wearing a new look since his last visit in 2019.

He congratulated the immediate past Governor and representative of Nasarawa South Senatorial District, Umaru Tanko Al-Makura, and the incumbent, Governor Abdullahi Sule, for the laudable initiatives and accomplishments in the State.

Welcoming the President to the over 200-year old palace, the Emir of Lafia thanked him for ending the problem of insufficient power to Nasarawa State with the provision of 330kVA sub-station.

The Emir, who is also the Chairman, Nasarawa State Council of Chiefs, told the President that the provision of the electricity plant “has taken out 80 per cent of our problem”.

He said: “Our people have never had it so good.

“Our people are back to their normal life as entrepreneurs.”

He said the Federal Government projects that were “standing as ghosts” in the state in the past have now become a reality.

On arrival in the capital for his two-day State Visit to Nasarawa, President Buhari inaugurated the Lafia Airport, Vocational and Skills Acquisition Centre, Modern Bus Terminal and Shinge-Barkini Abdullahi-Kilema Road, executed by the State Government.

He also inaugurated CBN Lafia Branch building and a 330kva Akurba Transmission Substation executed by the Federal Government through the Niger Delta Power Holding Company to boost power supply in the state and its environs. 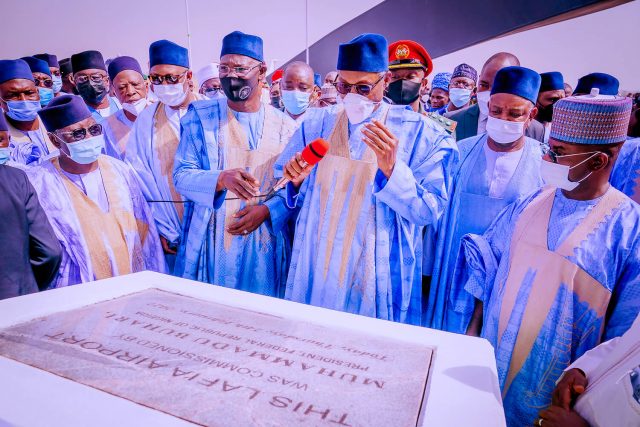 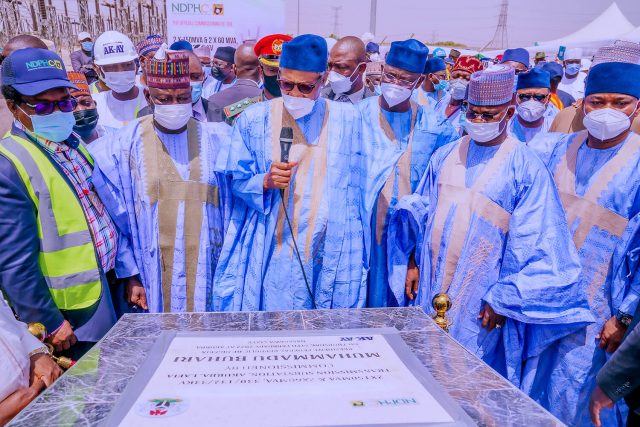