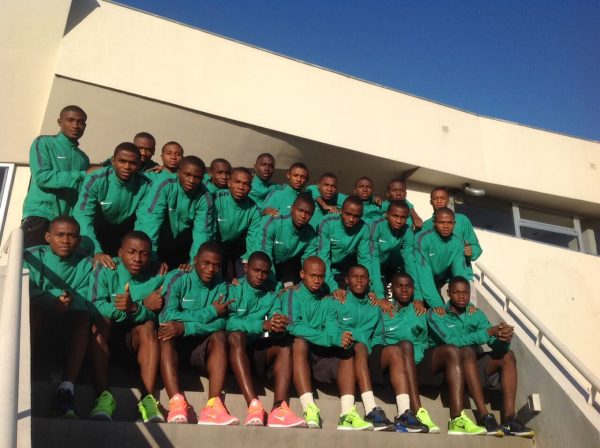 The Presidency has fixed January 21 as date for the presidential reception for the victorious Golden Eaglets.
Solomon Dalung, the Minister of Youth and Sports announced this on Friday in Abuja in an interview with newsmen.
The News Agency of Nigeria recalls that the Eaglets defeated Mali 2-0 to win the FIFA U-17 World Cup held in Chile.
The minister noted that the reception would include other individual athletes and teams that won laurels for the country in 2015.
Dalung said: “January 21, 2016 has been approved by President Muhammadu Buhari as a day for the reward of all those who have made us proud in sports.
“Indeed, the Federal Government has approved a comprehensive package for all the athletes and this is not limited to only football but to even scrabble, basketball and all other athletes that made the country proud.
“The recommendation is subject to the approval of the President and since it is a package, it cannot be unveiled until that day.”
Dalung maintained that a society without a reward system was not worthy to live in.
Dalung commended Nigeria sportsmen and women, noting that their achievements in recent time was an indication that sports development was gradually taking its rightful place in the country.
He said: “Nigeria football and other sports are progressing very well, looking at Nigerians that got awards recently and the result of our outing in recent time.
“We hope that as we approach the Olympic Games, Nigeria will also put up a wonderful performance.”
NAN.