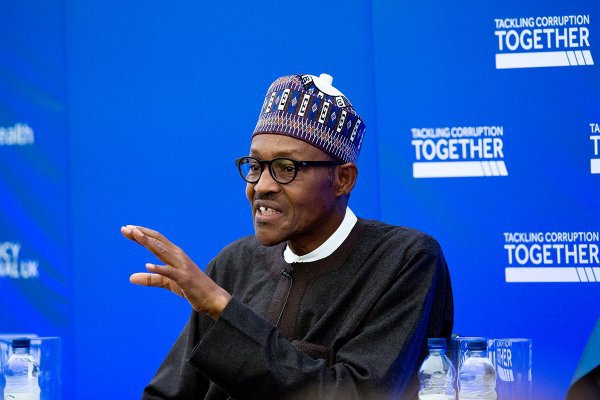 President Muhammadu Buhari on Tuesday at The Hague called on the 123 States Parties to the Rome Statute of the International Criminal Court (ICC) to support the International Criminal Court with jurisdiction over serious cases of corruption and illicit financial flows by state actors.
According to a statement by the President’s Special Adviser on Media and Publicity, Femi Adesina, in Abuja, Buhari made the call when he delivered a keynote address at the Solemn Hearing to commemorate the 20th anniversary of the Rome Statute of the ICC.
President Buhari also assured the international community of a free, fair and peaceful 2019 general elections in Nigeria, contrary to the tragic incidents that characterized the 2011 general elections, necessitating preliminary investigations by the ICC.
He said: ‘‘A strong and effective ICC has the potential to send a powerful message about the international community’s commitment to accountability, a message that will be heard by both victims and perpetrators.
“Equally, a strong and effective ICC demonstrates the international community’s commitment to the rule of law.
‘‘A strong and effective ICC can also act as a catalyst for other justice efforts, expanding the reach of accountability.
“These could include serious cases of corruption by state actors that severely compromise the development efforts of countries and throw citizens into greater poverty.
‘‘These could also include cases of illicit financial flows where countries are complicit and obstruct repatriation of stolen assets. As the African Union Champion on Anti-corruption, these are issues dear to my heart.’’
Referring to the tragic events in Nigeria in the aftermath of the 2011 general elections, which necessitated preliminary investigation by the Court, the President said: ‘‘Nigeria is preparing to conduct general elections in 2019…I assure you that all hands are on deck to prevent any recurrence of such tragic incidents”.
He added: “We shall do everything possible to ensure that Nigeria witnesses the conduct of free, fair and peaceful elections in 2019.’’
The President had commenced his address by thanking the judges of the Court for electing ‘‘a cherished son of Nigeria’’ as President.
He said: ‘‘Let me start by congratulating you, Judge Chile Eboe-Osuji, on your election as President of the International Criminal Court, and also thank the judges of the Court for electing you, a cherished son of Nigeria. Nigeria is very proud of you, Mr. President.’’
The Nigerian leader is the only President invited to grace the 20th anniversary of the adoption of the ICC Rome Statute.
NAN reports that out of the 123 States Parties to the Rome Statute of the ICC, 33African states while 19 are Asia-Pacific.
Others are 18 from Eastern Europe, 28 from Latin Ameica and the Carribean and 25 from Western European and other States.
Over 25 high-level state officials, the President of the Assembly of States Parties to the Rome Statute, O-Gon Kwon, ICC Prosecutor Fatou Bensouda, ICC Registrar Peter Lewis, UN Legal Counsel Miguel de Serpa Soares, and other special guests, attended the event.