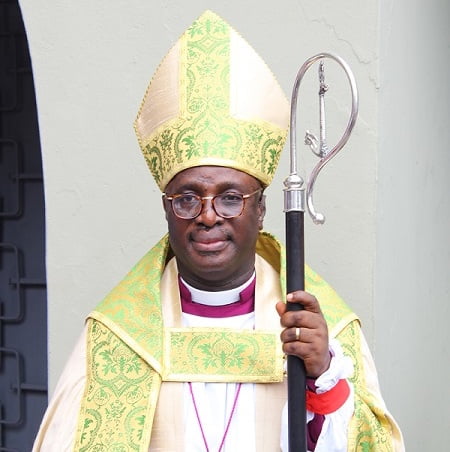 President Muhammadu Buhari has condoled with the Olumakaiye family, the Anglican Communion, and Christendom in general, over the passing of The Most. Rev. Dr Humphrey Bamisebi Olumakaiye, the Archbishop of Lagos, aged 53.

Buhari’s condolence is contained in a State House press release signed Tuesday by his Special Assistant on Media and Publicity, Femi Adesina

The President lauds Olumakaiye’s commitment to the things of God, and work of the Kingdom, having been admitted into Immanuel College of Theology, Ibadan in 1988, where he obtained Diploma in Religious Studies and Diploma in Theology in 1991 with distinctions.

President Buhari recommended the single-mindedness and industry of the deceased to the younger generation, noting that such devotion led Olumakaiye to be elected Bishop in 2009, and enthroned as the first Bishop of Osun North East Diocese. He became the Bishop of Lagos on July 30, 2018 and Archbishop, ecclesiastical province of Lagos, September 2021.

The President urged those left behind by the Archbishop not to sorrow unduly, “knowing that God gives, and God takes,” praying that they would receive divine succor to bear the loss.