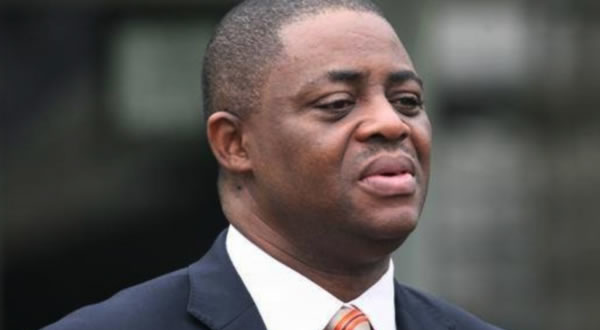 A former Minister of Aviation, Chief Femi Fani-Kayode, has said President Muhammadu Buhari begged like a baby when he was confronted with reports of looted funds under his watch at the Petroleum Trust Fund.
Fani-Kayode, in a terse statement he sent to The Eagle Online on Tuesday, spoke a day after President Buhari took a jab at Chief Olusegun Obasanjo, accusing him of having spent $15 billion on power with nothing to show for it.
Buhari was the Chairman of the PTF during the regime of late General Sani Abacha, whom he eulogised as having built roads and made significant contributions in the areas of health and education.
Fani-Kayode said in his statement on Wednesday: “The greatest mistake that President Obasanjo made was not to prosecute and jail President Buhari for looting PTF funds.
“I saw the report and it was shocking.
“Billions of dollars had vanished.
“Obasanjo summoned him and showed him the damning report.
“Buhari begged like a baby.
“Sadly Obasanjo let him off the hook.”