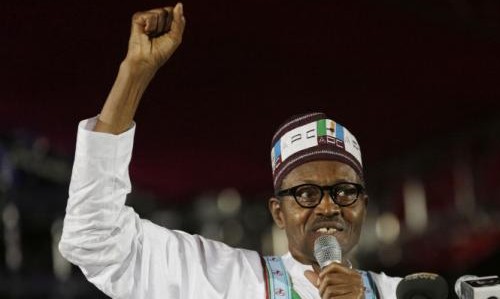 President Muhammadu Buhari on Wednesday called on the people of Ondo State to go out to the polling stations on November 26, to cast their votes for change.
The President, who made the call in a statement issued in Abuja by his Senior Special Assistant on Media and Publicity, Mallam Garba Shehu, said a vote for All Progressives Congress was a vote for progressive and people-oriented policies.
Shehu said: “The right to vote is not only a civic responsibility, but the opportunity to determine the course of our lives as a people.
“A vote for the All Progressives Congress in the forthcoming gubernatorial election in Ondo State is a vote for progressive and people-oriented policies.”
According to him, since the creation of Ondo State in 1976, the people of the state have contributed immensely to the growth and development of Nigeria, especially in the domain of agriculture and education.
He said “A vote for Rotimi Akeredolu, a renowned lawyer of guileless reputation who rose to the peak of his profession as the President of the Nigerian Bar Association, is a vote for the continued development of Ondo State.’’
Buhari said that he looked forward to a free and fair election and true representation for the good people of Ondo State.