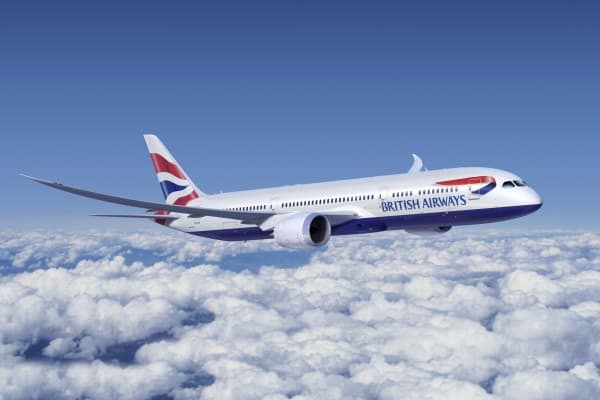 The British Airways, which is the largest airline in the United Kingdom has released a range of low fares for the spring season.

The return fares go for as low as $169(N61, 000) $2, 009 (about N730, 000) and $5, 800 (about N3 million) for economy, business and first class, respectively.
The News Agency of Nigeria reports that the discounted tickets are already on sale for outbound travel and will run till the 29th of March, 2019.
Speaking on the development, Kola Olayinka, British Airways Regional Commercial Manager for West Africa, stated that one of the reasons for the introduction of the promo was to increase tourism activities.
Olayinka said: “We have introduced this promo to encourage people to visit fascinating places in the UK and Europe.
“We want them to witness Britain’s rich and diverse history and culture.”
He mentioned historic and fascinating sites that visitors could visit such as, “the pillar of rock jutting from the Atlantic, off the Scottish Isle of Lewis, which is recorded in the Guinness Book of Records for being the windiest place in the UK”.
He added: “The summit of Scaffell Pike at 978m, the highest point in England, the Museum of London, a vast facility showcasing the history of the great city from the pre-historic era to the modern day.”
He added that the Museum of London had more than 1.1million objects on display, amongst many other fascinating places to relax and spend the holidays.
The fares are exclusive of taxes, fees and surcharges and are subject to availability.
NAN reports that the promo is only applicable to customers who plan to travel to the United Kingdom and Europe with a minimum stay of 3 days and a maximum of 12 months.
More exotic places to visit in Europe are: the Donnington Brewery, the Eagle and Child Pub, Christ Church, Lakes Distillery and a host of others.