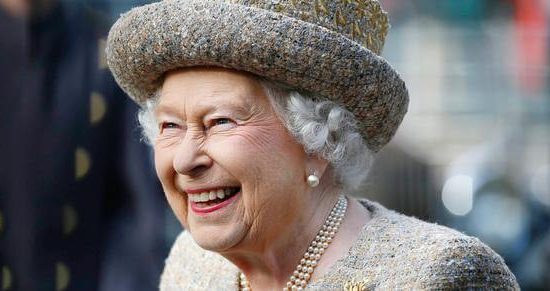 Britain’s Queen Elizabeth missed a New Year’s Day church service on Sunday due to a heavy cold, Buckingham Palace said, a week after the 90-year-old monarch missed a Christmas Day service for the first time in decades.
The world’s longest-reigning monarch, who became unwell before Christmas, stayed indoors at her Sandringham country estate in Norfolk, eastern England, while other members of the royal family attended the service.
“The Queen does not yet feel ready to attend church as she is still recuperating from a heavy cold,” Buckingham Palace said in a statement.
Elizabeth and her husband Prince Philip, 95, were both suffering from heavy colds in the week leading up to Christmas and delayed their journey from London to Sandringham by a day, travelling there by helicopter on December 22.
Philip attended both the Christmas and New Year services on Sunday he arrived by car before walking into the grey stone parish church of St. Mary Magdalene, but the queen, who is the symbolic head of the Church of England, made no public appearance.
A few dozen parishioners and a crowd of photographers had gathered outside the church on Sunday morning in cold, rainy weather as other members of the royal family arrived.
The queen’s daughter, Anne, and her third son, Edward, were among those who attended.
Elizabeth had previously attended the Christmas service at the church every year since the royal family started celebrating Christmas at Sandringham in 1988.
After more than six decades on the throne, the queen has cut back on international tours but still regularly performs official duties around Britain.
The palace announced on December 20 she would step down as patron of several charities and other organizations to reduce her workload.
While Elizabeth’s father, King George VI, died at the relatively young age of 56, her mother, known as Queen Elizabeth the Queen Mother, lived until 101 and was still appearing in public almost up until her death in 2002.
Elizabeth has maintained the popularity of the monarchy despite years of political, social and cultural change since she became queen on February 6, 1952, aged just 25.