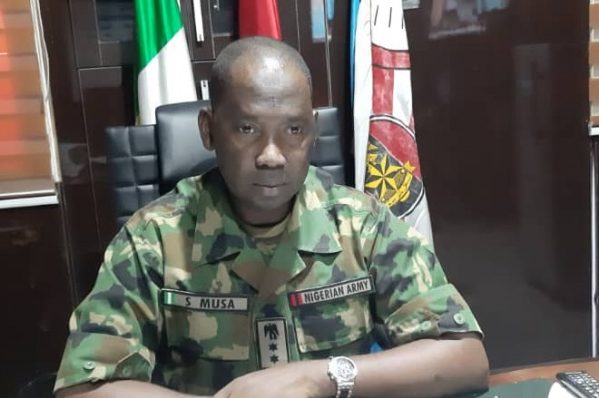 The convoy of a Brigade Commander of the Nigerian Army has been involved in an accident that resulted in the death of a 75-year-old motorcycle rider in Katsina State.

The spokesman of the Nigerian Army, Colonel Sagir Musa, confirmed the development in a statement on Monday.

Sagir said the late motorcycle rider has been identified as Salisu Ibrahim.

He said the Brigade Commander, though not in the vehicle at the time of the incident, has visited the family of Ibrahim.

He said: “The convoy of the Commander, 17 Brigade NA, Katsina was involved in a road traffic accident today 29 June 2020 during which the death to a road user was recorded.

“The late motor cycle rider was a 75 year-old man named Alhaji Salisu Ibrahim of Filin Samji, Katsina. The incident occurred when the vehicles went to refuel and were expected to pick up the Brigade commander later.

“Already, a delegation of the Nigerian Army led by the Brigade Commander has visited the family to commiserate with them and will be fully involved in the burial.”