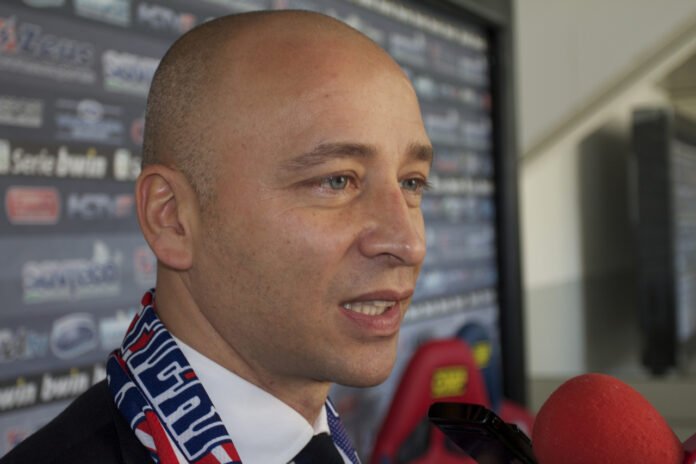 Bresica have parted company with head coach Eugenio Corini for the second time this season.
The Serie A club announced the news on Wednesday, with reports claiming that Diego Lopez is set to take over.
Corini was previously sacked in November before he was re-hired one month later, replacing Italian World Cup winner Fabio Grosso.
A club statement read: “Brescia Calcio announce to have relieved Eugenio Corini of the position as coach for the first team.
“The club wants to thank Mr. Corini and his staff for the professionalism, dedication and commitment they have shown.”
Brescia, who were promoted from Serie B last season, are currently 19th in the table, four points from safety.
And reports emerging from Italy suggest club president Massimo Cellino has already agreed terms with former Cagliari and Bologna manager Lopez to take over the first-team.