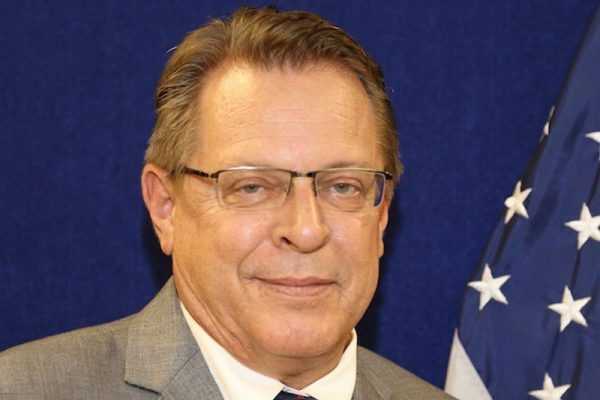 The United States of America has said it does not have any preferred presidential candidate in Nigeria’s February 16, 2019 election.
The country’s position was stated by its Consul General to Nigeria, Ambassador John Bray, on Thursday when he paid a courtesy call on the Bayelsa State Governor, Seriake Dickson.
Bray said the United States was only interested in free, fair and credible elections in Nigeria.
A statement by the Special Adviser to Dickson on Media Relations, Fidelis Soriwei, said the Consul General restated the commitment of the US to violence-free electoral process, insisting the country was not supporting any candidate in the February 16 presidential election.
He said delegation was on a tour to the southern states in the country to interface with civil society organisations, traditional rulers and other political stakeholders on the need for peaceful conduct before, during and after the elections.
He was quoted as having said: “The US does not have a candidate in this election. We are looking for a free, fair, credible and peaceful process, a process that allows the choice of the Nigerian citizens to come through.
“So, we are going to spend some time with the governor and chat about different things we might be able to do to better the situation and anything we can do to help before leaving here for Port Harcourt tomorrow.”
Dickson commended the efforts of the International community to peaceful, free, fair and credible elections in the country.
He reiterated his call on the political class to respect the will of the people and make efforts that would renew their confidence in the unity and peaceful coexistence of the different ethnic nationalities.
Describing Nigeria as a critical member of the international community, he cautioned politicians to be wary of utterances and conducts that could throw the country into avoidable crisis which could truncate the nation’s democracy.
The governor commended the United States and other members of the international community for living up to expectations by taking proactive measures to forestall breakdown of law and order as well as strengthening the electoral process.
He said: “We want to thank the US Mission in Nigeria for your services, contributions and for the building of peace as well as promotion of our nation’s democracy.
“We also want to thank you for always thinking of us and caring about what is going on here in the Niger Delta.
“I have read about the statements made by your Mission and other international partners concerning the forthcoming general elections. For me and our state, we welcome these interventions. We believe that our country is and should be a responsible member of the international community.
“As practicing politicians, all of us should conduct the politics and affairs of our country in such a way as to respect the due processes of the law and the elections so that in the end, what we do and say should continue to promote peace and stability in various communities across the country.
“Nigeria is a critical member of the world community. It is the largest and most populous black nation in the world.
“So what goes on in Nigeria should rightly be of interest to the rest of the world; and the world is right by not standing by to watch things go bad in Nigeria.”