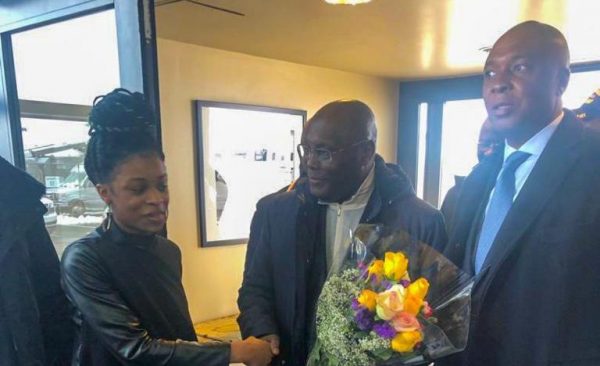 The presidential candidate of the Peoples Democratic Party for the February 16, 2019 election, Atiku Abubakar, has arrived in the United States of America.
Abubakar’s arrival came hours after confusion on his whereabouts earlier on Thursday.
While the Publisher of Ovation magazine, Aare Dele Momodu, said Abubakar was on his way to the US, the spokesman of the former Vice President, Mazi Paul Ibeto, denied that his principal had stepped out of the shores of the country.
However, a video and photograph made available to The Eagle Online showed Abubakar at the Washington Dulles International Airport alongside the President of the Senate, Dr. Abubakar Bukola Saraki.
There had been controversy over the failure of Abubakar to visit the United States for some years.
Those opposed to him had said he was afraid of being arrested over allegations of corruption.
However, Abubakar said he had applied for visa but was denied.
The US recently issued Abubakar a visa at its Embassy in Abuja. 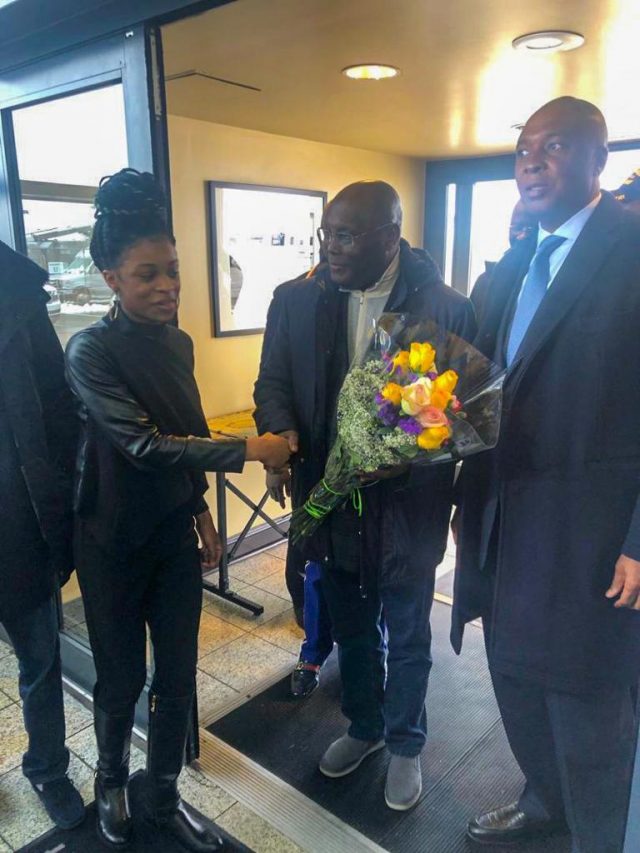