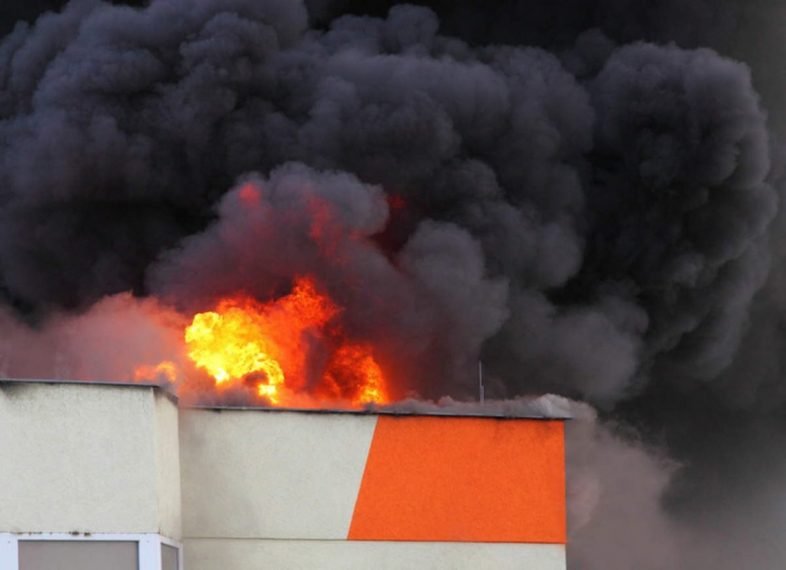 There was an explosion at the Olúségun Obasanjo Presidential Library in Abeokuta on Thursday, leaving two persons feared dead.

The explosion occurred around 11 am at the Marcque event centre within the Presidential Library.

it was gathered that a routine cleaning was being done while one of the gas cylinders in the event centre exploded.

An eyewitness told our correspondent that some dead bodies have been taken by a rescue team that arrived at the scene shortly after the incident .

When our correspondent visited the library, it was observed that both gates at the entrance and the exit were under lock and key .

Attempts by our correspondent to gain access failed as the guards at the gates sent everyone that wanted to enter back.

This brings to fourth the number of explosions recorded in the last one week in the state.

On Tuesday, the Conference Hotel in Abeokuta owned by former Governor, Gbenga Daniel, was hit by explosion, killing two and injuring three others.

The two occurrences of gas explosion last week claimed the lives of an infant and four others.

Last Wednesday, three persons, including an infant were burnt to death in a gas explosion that occurred in Oke-Egunyan, along NTA Road in Abeokuta when a technician was topping up the gas of faulty refrigerator.

Barely 24 hours after the incident, another gas explosion occurred on Mercy Road, Panseke, Abeokuta where a technician, Sanya Shonde was injured which later led to the amputation of his leg.