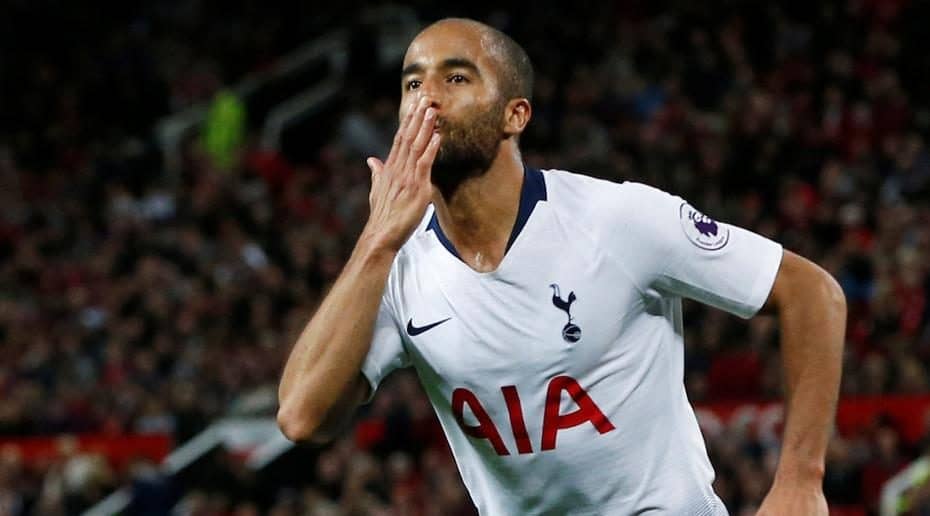 Lucas Moura has scored three second-half goals to produce one of the most famous victories in Tottenham Hotspur’s history, recovering from 3-0 down on aggregate to beat Ajax 3-3 on away goals.
The Dutch side cruised into a 2-0 lead in the first half of the second leg, adding to their 1-0 advantage from the first leg, only for Lucas Moura to score three times in an incredible second half.
Ajax were dealt a blow shortly before kickoff as key attacker David Neres pulled up in the warm-up and had to be replaced by Kasper Dolberg, forcing Erik ten Hag to tweak formation slightly.
That setback clearly did not faze the hosts as they tested Hugo Lloris through a Dusan Tadic shot four minutes in and took the lead a minute later from the resulting corner – Matthijs de Ligt getting away from Kieran Trippier and then outjumping Dele Alli to head the ball home.
Tottenham initially responded well to that early goal as Son Heung-min hit the post with the angle against him, before testing Andre Onana with a shot from inside the box.
Christian Eriksen was then denied by Onana 60 seconds later to equal the number of on-target attempts Spurs managed in the entire first leg.
Spurs did not manage a single effort of any sort in the final 15 minutes of the first half, however, and Ajax made the most of their one big opportunity as Hakim Ziyech sent his shot spinning away from Hugo Lloris into the far corner once teed up by Tadic 15 yards from goal.
No English side had ever come from at least two goals down at half time to win a Champions League match, while Ajax had never lost a Champions League tie from a winning position, but both of those stats came to an end in a half that nobody predicted.
Spurs gave themselves a little hope 10 minutes into the second half, though, with the introduction of Fernando Llorente for Victor Wanyama at half time giving them a different option up top.
Ajax dropped off, Alli carried the ball through the middle and Lucas Moura took over just inside the box by sending the ball out of Onana’s reach into the bottom corner.
Just 204 seconds later, Lucas had a second as he kept his composure to pick out the bottom corner following a mix up between Lasse Schone and Onana, who produced a point-blank save to deny Llorente in the build-up.
Ziyech sent a shot inches wide in a carbon copy of his earlier goal and Lucas’s shot was blocked by De Ligt in front of goal as the match opened up.
With 15 minutes of the tight tie remaining, Ziyech struck the post from the edge of the box.