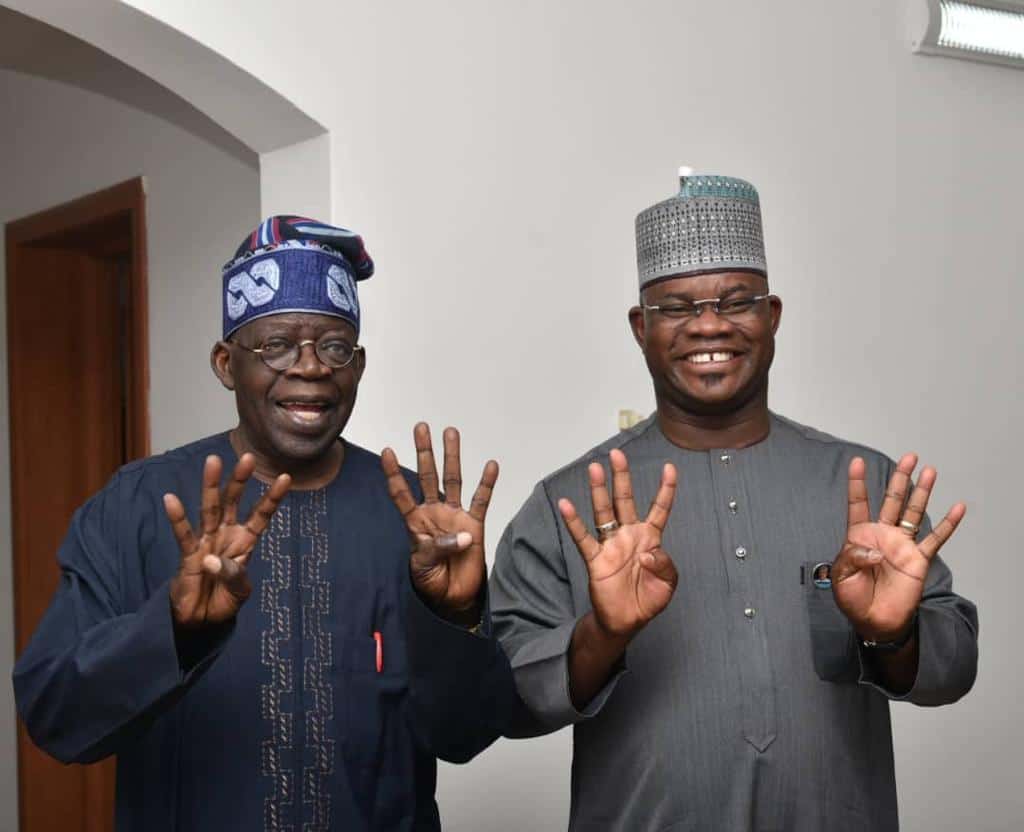 The National Leader of the All Progressives Congress, Asiwaju Bola Ahmed Tinubu, has officially endorsed the Governor of Kogi State, Yahaya Bello, for a second term in office.
Recollect that Tinubu supported a member of the House of Representatives, Hon. James Faleke, to replace late Abubakar Audu, who was coasting home to victory four years ago during the governorship election before he died.
Faleke was Audu’s running mate.
The endorsement of Bello for a second term by Tinubu came after his emergence as the governorship candidate of the APC for the election scheduled to hold on November 16, 2019.
Tinubu, in the photograph with Bello, displayed “Four Plus Four” fingers popularised by President Muhammadu Buhari in the months before the presidential election on February 23, 2019.