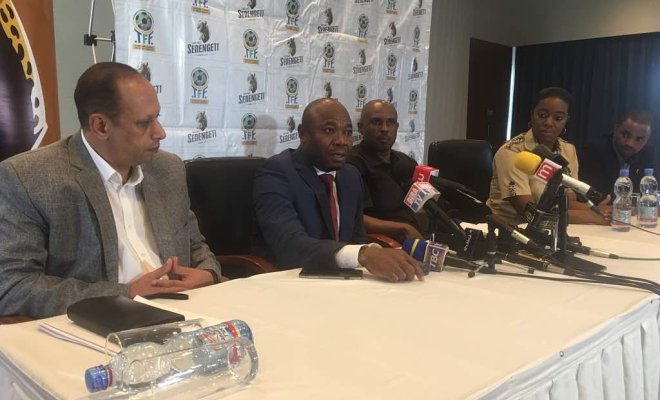 Former Nigerian International, Emmanuel Amuneke, was on Monday officially unveiled as the new Tanzania Taifa Stars coach in a two-year deal.
Amuneke’s first call of duty will be to attempt to get Tanzania their 2019 Africa Cup of Nations qualifying campaign back on track.
The unveiling in Dar Es Salaam was attended by the Tanzania Football Federation President, Wallace Karia, who said they had fate in Amunike and he was the right man for the job.
Karia said: “We had so many applications for the Taifa Stars job but after looking at all factors Amuneke emerged as the best candidate for the job.He has established himself and he has been successful both as a player and coach.
“We will give him all the support he needs to ensure he accomplishes his mission and our focus lies on the 2019 Afcon.”
On his part, Amuneke thanked TFF for showing fate in him.
He said: “I am happy to have taken up the job as the new Tanzania coach.
“The role comes with a lot of responsibilities but I am very optimistic together we can achieve the goals for the team across the continent.”
Amuneke led Nigeria’s U17 team, popularly known as the Golden Eaglets, to win the 2015 U17 Fifa U17 World Cup in Chile before failing to qualify for the African Youth Championship with the U20 squad.