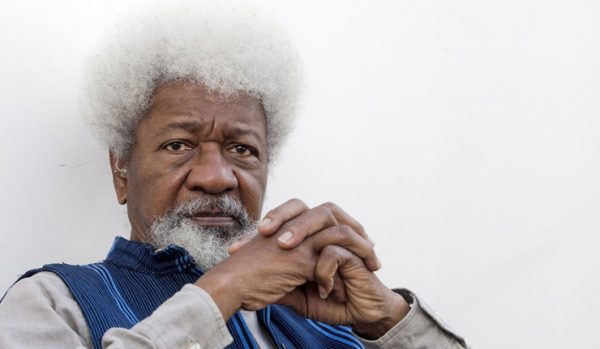 A group convened by Nobel Laureate, Prof. Wole Soyinka, Citizen Forum, has endorsed the candidate of the Young Progressive Party, Kingsley Moghalu, for President.
This was made known in the early hours of Friday in a statement personally signed by Soyinka.
Soyinka said the decision to endorse Moghalu was reached after “months of studying the careers, experiences and track records of most of the presidential aspirants, and most intensely those actually short-listed by the opposition parties themselves”.
He added: “Like millions of Nigerians, we watched the debates. I physically interacted with some of the acknowledged top contenders, in some cases several times. We participated in HANDSHAKE ACROSS NIGERIA, where some candidates presented their briefs.
“Among others, I delivered a keynote address. We watched television interviews. We have exchanged notes with highly respected international Civil Servants. The drive towards Consensus among these dedicated groups sometimes took the form of test questionnaires to the aspirants, including items such as: ‘Who among the contestants would you choose, if you did not emerge as the ultimate preference?’”