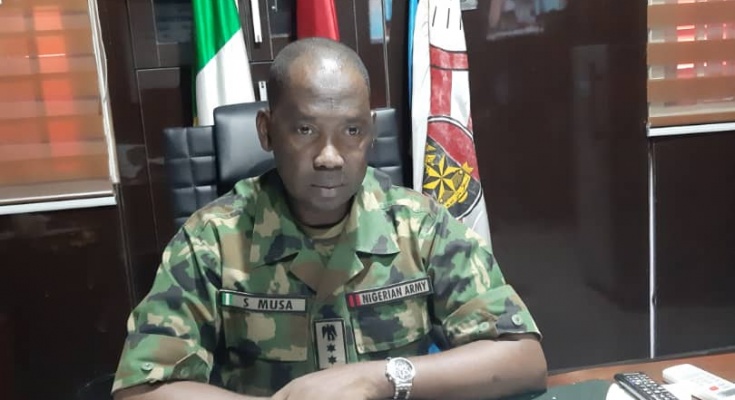 A Corporal of the Nigerian Army serving in the Theatre Command Operation LAFIYA DOLE, Army Super Camp 15, located at Malam Fatori, Borno State has killed four of his colleagues, injured two and then killed himself.
This was revealed on Wednesday by the spokesman of the Nigerian Army, Colonel Sagir Musa, in a statement.
Musa said the Corporal, whose name was not mentioned, went berserk in early hours of the day, when he opened fire, killing four of his colleagues before shooting himself.
He was also said to have injured two of his colleagues during the incident.
The injured are said to be in stable condition in Military Hospital in Maiduguri, Borno State.
Musa added: “Efforts are ongoing to contact the families of our gallant colleagues who paid the supreme price in the line of duty.
“May their gentle souls Rest In Peace.
“Meanwhile, investigation into the case has since been instituted to determine the circumstances that led to the unfortunate incident.”