The lists of the candidates for the February 16, 2019 National Assembly elections are no longer on the website of the Independent National Electoral Commission.
This was discovered by The Eagle Online on Thursday during a search to know the status of the candidate for Kwara South Senatorial District.
However, as at Friday morning, the lists were yet to be restored.
The lists had earlier been made public by INEC in January.
Those on the websites as at Friday morning were the presidential, governorship and House of Assembly candidates’ lists.
There had been a denial earlier in the week by the Kwara State Governor, Alhaji Abdulfatah Ahmed, that he is the candidate of the Peoples Democratic Party for Kwara South Senatorial District.
This followed the emergence of his posters for the election.
Ahmed said based on agreements, he had ceded the seat to the incumbent, Senator Rafiu Ibrahim.
However, INEC had before then said only death could change the status of the candidate of the PDP for the election as it only recognised Ahmed for the position and had gone ahead to list him.
A National Commissioner of INEC, Festus Okoye, stated the position of the Commission.
However, a search by The Eagle Online over a period of 24 hours revealed that the Senate and House of Representatives candidates lists was missing from the website of INEC.
There had been no response to an enquiry by The Eagle Online as at press time. 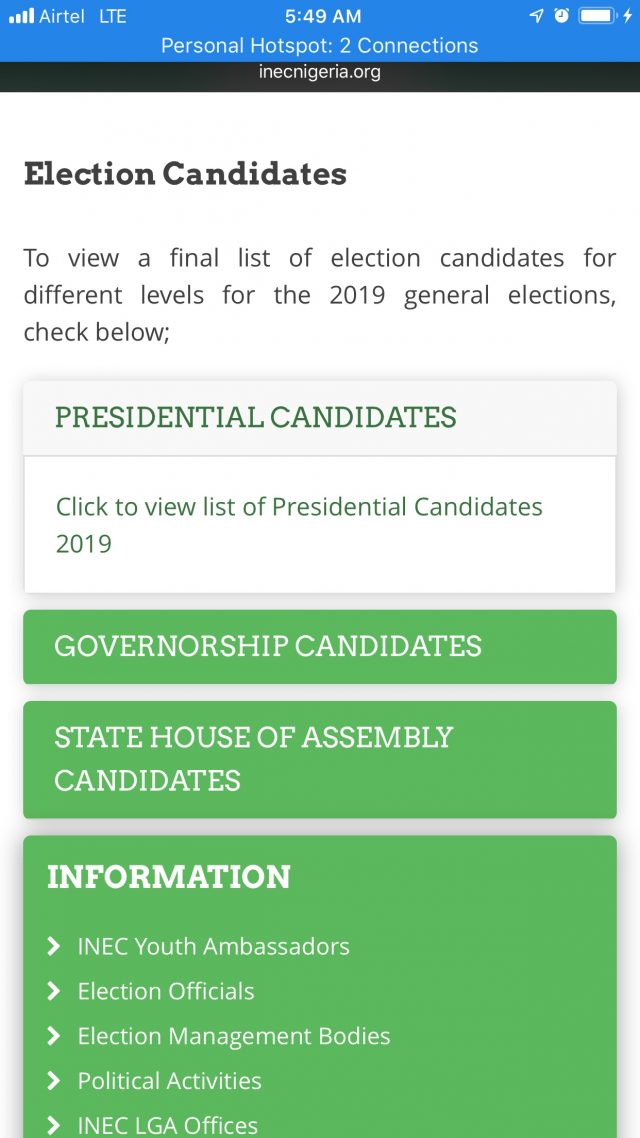 Edo 2020: We’re concerned about actions of security forces, politicians — US