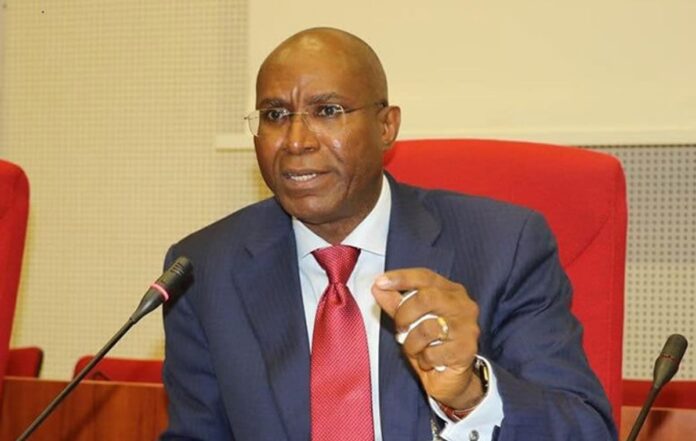 The Senate Adhoc Committee on the Review of the 1999 Constitution will consider the report of the 2014 National Conference.
President Goodluck Jonathan had in 2014 inaugurated the 492-member conference at the National Judicial Institute, Abuja, during which he said he had no personal agenda for convening the conference.
But the Minister of Information, who was the then National Publicity Secretary of the All Progressive Congress, Lai Mohammed, said the party shunned the conference because it had taken a decision not to be a part of it.
However, at the inauguration of the ninth Senate Constitution Review Panel, the Chairman of the Committee, Senator Ovie Omo-Agege, said the Committee will consider the 2014 National Conference report and that of the Governor Nasir el-Rufai-led Committee on restructuring.
Imo-Agege said: “In carrying out this national assignment, this Committee will, no doubt, consider the alteration of the Sixth schedule to make provision for new items, the establishment of National and State Houses of Assembly, Pre-election Matters Tribunal, Governorship Pre-election Matters Tribunals and Presidential Pre-election Matters Tribunal, including time limits for the disposal of all pre-election matters before the conduct of the general elections.
“We will also consider the need for devolution of power, full Local Government fiscal autonomy, full autonomy of the judiciary in the area of administration of justice, youth inclusiveness in governance, gender parity or affirmative action.
“This is by no means an exhaustive list.
“The Committee will also consider inputs from stakeholders and different interest groups across the country.
“In addition, this committee will consider the recommendations of the 2014 Constitutional Conference and the Governor Nasir el-Rufai-led Committee on restructuring.
“We would also liaise with our counterparts in the House of Representatives, the State Houses of Assembly and collaborate and build consensus with all stakeholders to ensure synergy.
“Development Partners will also play pivotal roles through counsel, workshops, conferences and interactions.
“The partnership roles of the Executive and Judiciary and their invaluable contributions cannot be over looked as it will enhance efficient and successful outcomes.”