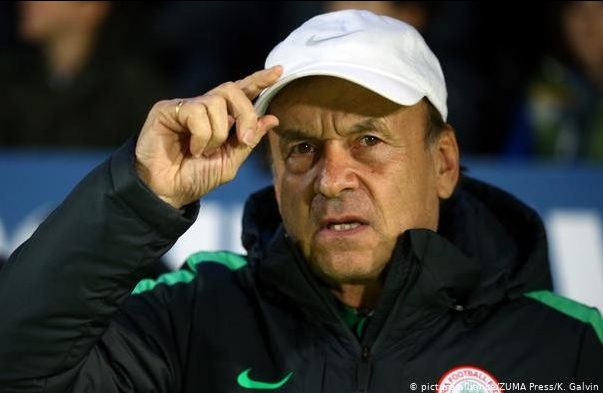 The Nigeria Football Federation have assured that a new contract for Super Eagles manager, Gernot Rohr, will be wrapped up in the next one week.

This was contained in a communique made available on Monday following the football body’s meeting held via video conferencing on May 14, 2020.

The Executive Committee, according to the communique, has mandated the General Secretary, Dr. Sanusi Mohammed, to liaise with the Super Eagles’ Technical Adviser with a view to concluding all matters around his new contract within the next one week.

The 66-year-old, whose current contract will expire in June, guided the Super Eagles to the 2018 World Cup in Russia and led the side to finish third at the 2019 Africa Cup of Nations in Egypt.

The Super Eagles were scheduled to take on Sierra Leone in an Africa Cup of Nations qualifying game in March before it was suspended owing to Coronavirus Disease.

Former internationals Finidi George, Emmanuel Amuneke and Sunday Oliseh were linked to the role, but they have denied showing interest.

According to the NFF President, Amaju Pinnock, the national team gaffer has agreed to be paid his salary and other allowance in Naira, adding that the German will also monitor domestic league games based on his new contract.