Breaking: Photo as Keyamo arrives National Assembly for another grilling

How to end irregular migration in Nigeria— Babandede

Keyamo had last week appeared before the Joint Committee, with the meeting ending abruptly after a shouting match with the lawmakers.

The Minister accused the Chairman, House Committees on Labour, Employment and Productivity, Hon. Muhammad Wudil, of trying to dictate the execution of the recruitment exercise to the Executive arm of government in a letter.

He said further in the letter that he may not get fair hearing with inclusion of Hon. Wudili in the panel. 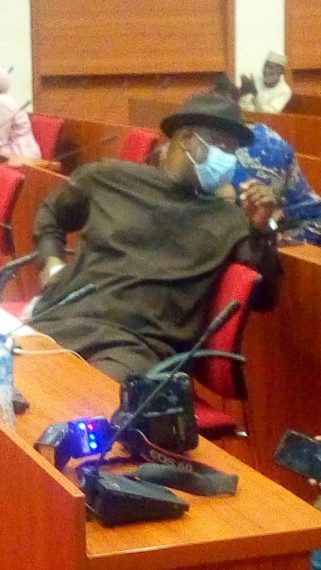 How to end irregular migration in Nigeria— Babandede