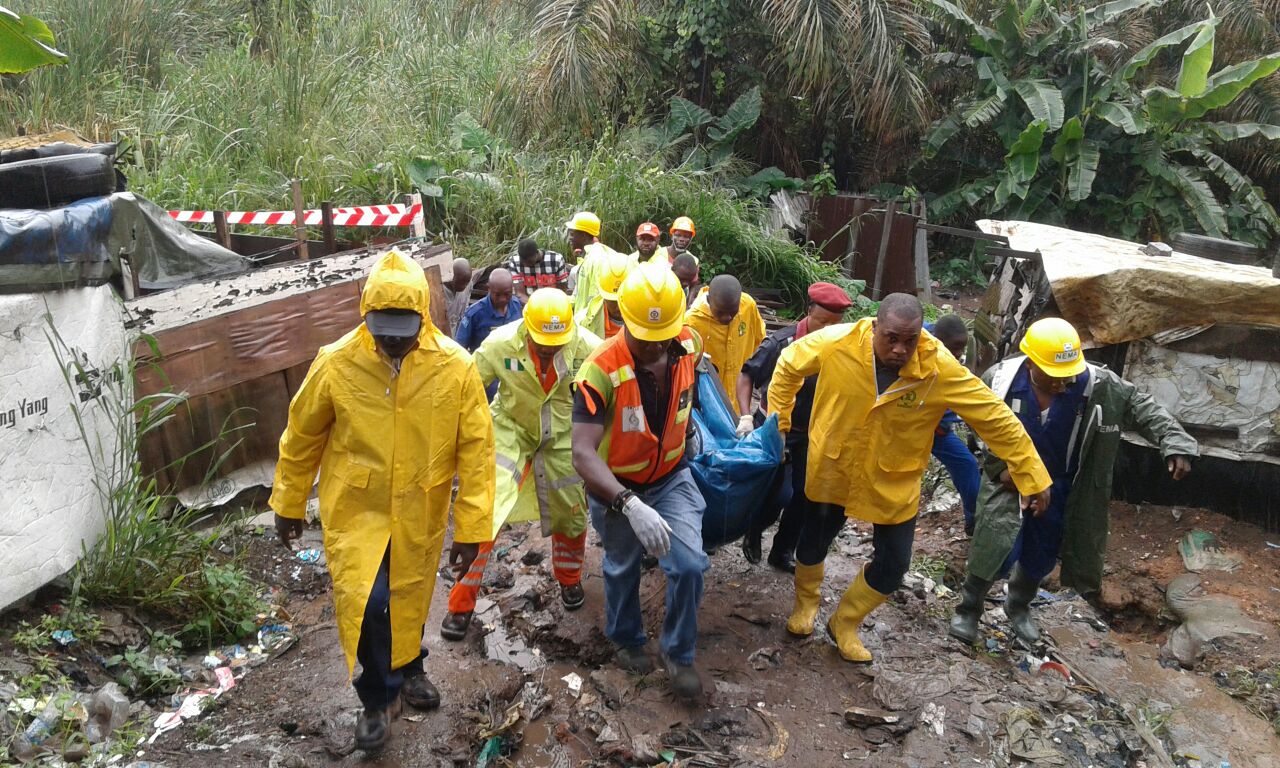 One person has been confirmed dead in a collapsed building in Lagos State.
The building collapsed in Agidingbi, Ikeja area of the state.
Said to be located in an area with mudslide issues, the Lagos State Emergency Management Agency in a statement informed that the building collapsed at about 10:54am.
It was said to be one of the illegal shanties around Kuata Area by Amara Olu Street, Mechanic Village, Agidingbi.
The report by LASEMA said three persons were discovered trapped under the mud.
It said its Emergency Response Team was able to rescue two people – a male and a female – while one adult female lost her life.
Her remains have been recovered by the ERT.
LASEMA’s ERT, policemen from Alausa Division, operatives of the Rapid Response Squad, Nigerian Security and Civil Defence Corps, National Emergency Management Agency and the Lagos State Ambulance Service were said to be on ground for the recovery operation.
Also present during the rescue operation were the Commissioner, Ministry of the Environment, Dr. Babatunde Adejare; and the Commandant of the NSCDC, Lagos State Command, Tajudeen Balogun‎.
The General Manager of LASEMA, Michael Akindele, said the area is a wet land and a buffer zone, which is not habitable for human settlement.
Akindele further noted that the State Government has been sensitizing people staying in flood prone and wet land to vacate such areas to avert loss of lives, especially during this raining season.