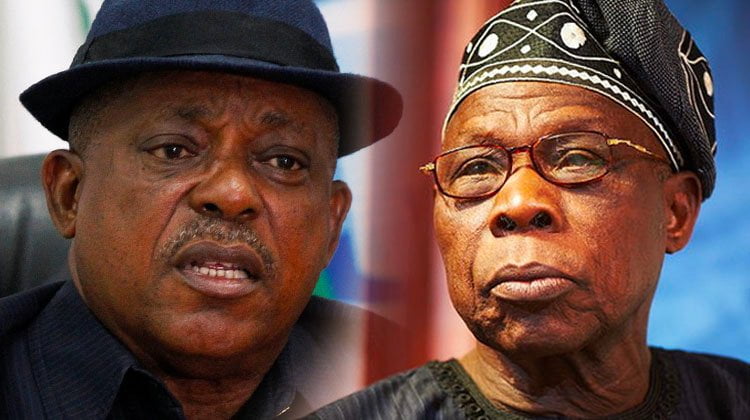 The meeting is ongoing as of the time of filing this report.

Secondus arrived at Obasanjo’s Penthouse residence at the Olusegun Obasanjo Presidential Library, Oke Mosan, Abeokuta, alongside his entourage at 12:19pm.

It was gathered that the PDP Chairman’s visit may not be unconnected with the internal wranglings within the ranks of PDP.

This is as Secondus is battling to keep his seat following the crisis rocking the major opposition party in Nigeria.

A crack had emerged in the PDP National Working Committee two weeks ago, after the resignation of some officials and calls for Secondus’ resignation by some NWC members.

Leaders of the PDP comprising governors, Board of Trustees, National Assembly caucus, however, intervened last Tuesday to save the opposition party.

After a resolution of the crisis, the PDP leaders agreed that the party’s national convention should hold in October to elect a new leadership.