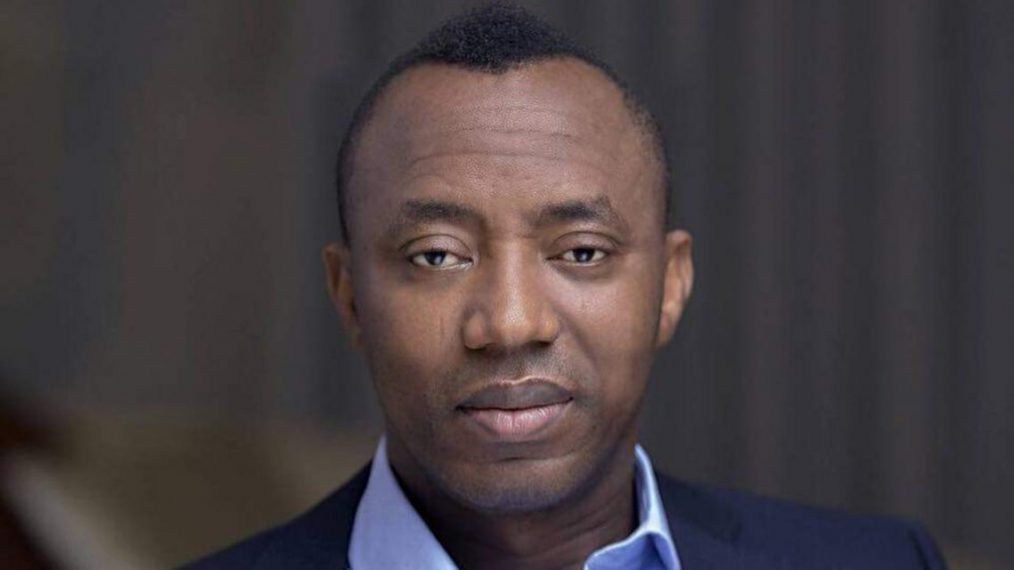 Sahara Reporters Publisher, Omoyele Sowore, and others who were arrested during a protest at the Federal High Court, Abuja have been released.

The activists had staged a protest in solidarity with the leader of the proscribed Indigenous People of Biafra, Nnamdi Kanu, who is undergoing trial.

A few hours after their arrest, the ‘Buhari-Must-Go’ activist announced that he had been released alongside others.

He said, “They have just released us. They dragged, harassed and beat us. They took us to the Federal Secretariat Police Station. I told them that they have no right to arrest me.

“I have a right to observe the trial of Nnamdi Kanu. They took our cards and deleted all recordings.”

Reacting, the Coalition of Civil Society condemned the arrest of Sowore and other supporters of the detained IPOB leader Nnamdi Kanu.

Coordinator of the Coalition, Dimeji Macaulay, thanked Nigerians for putting pressure on the security operatives to release Sowore and others.

He said, “We condemn this attack as part of the continuous descent of the country into a brutish state of military repression. It is completely unacceptable, and we enjoin all Nigerians interested in preserving this country’s hard-earned democracy to condemn this attack on the press, on activists and lawyers today at the Federal High Court in Abuja.

“Today’s protest, as a legitimate action, has been heavily repressed by policemen and the DSS that pick protesters into a fleet of waiting “police vans”. This is another example, in a hundred, of the contempt the regime of Major General Buhari (Rtd.) has for the Constitution or the Rule of Law.

“It is this kind of thuggish disposition, which brings state’s force of coercion to bear on peaceful protesters, that represent the government as a Committee of Hoodlums, against every failed effort to pin such description on peaceful, unarmed protesters.

“We demand a public apology from the Nigeria police and DSS for this ridiculous and unprofessional action taking against Omoyele Sowore, other journalists and IPOB activists and we ask that proper disciplinary measures be taken on those security officers involved.

“It’s important for you to note that demonstrations and protests are a global phenomenon and are a part of the development of any society.”