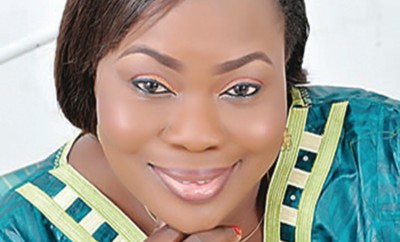 Prominent columnist and Editor, Funke Egbemode, has emerged the Acting President of the Nigerian Guild of Editors.
Egbemode is the Managing Director/Editor-in-Chief of New Telegraph newspaper.
She emerged the acting president of the NGE in the wee hours of Saturday at the second quarterly meeting of the association’s Standing Committee held in Abuja.
Egbemode’s emergence followed the vacancy created by the exit of the President of the Guild, Alhaji Garba Deen Muhammad, who was appointed as the Group General Manager, Group Public Affairs Division of the Nigerian National Petroleum Corporation.
This was just as Muhammad’s predecessor, Femi Adesina, was also appointed as the Special Adviser to President Muhammadu Buhari on Media and Publicity to create the vacancy he filled.
Before joining the New Telegraph, Egbemode had also worked in the Sun, Punch and other notable Nigeria newspapers.
She also served as the Special Adviser on Media to a former Speaker of the House of Representatives, Rt. Hon. Patricia Olubunmi Etteh.