Giwa arrested for attempt to forcefully take over NFF secretariat 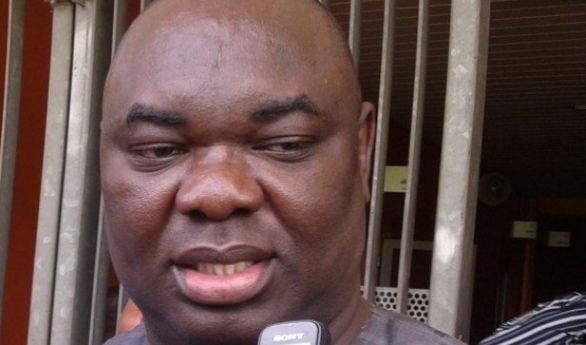 A claimant to the presidency of the Nigeria Football Federation, Barrister Chris Giwa, has been arrested by the police.
Giwa was arrested on Friday when he made attempt with his lieutenants to forcefully take over the secretariat of the NFF in Abuja.
Sources said Giwa arrived at the secretariat, popularly known as the Glass House, causing panic.
The security operatives at the entrance of the secretariat were said to have quickly shut the gate against Giwa and his lieutenants.
This resulted in visitors to the office of the Federal Road Safety Corps, also located within the same complex, being denied access.
However, when Giwa persisted, he was arrested by policemen and taken to the Police Station in Wuse.
As at press time, he was still there.
A member of the Board of the Giwa faction, Jide Fashikun, confirmed the development.
Fashikun told The Eagle Online that Giwa was still being held at the Wuse Police Station when the call was put through to him.