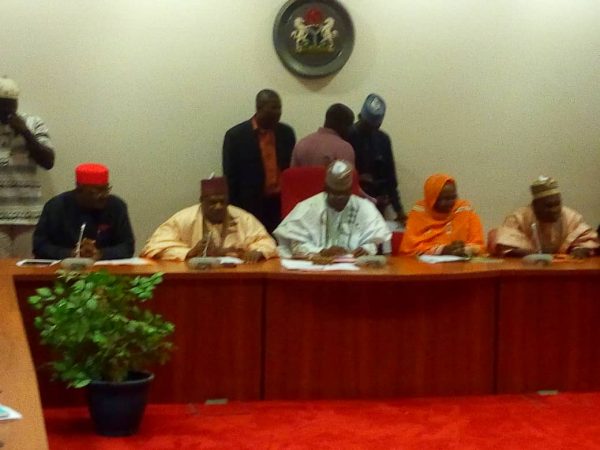 The National Assembly Joint Panel on the Independent National Electoral Commission has passed the amended Electoral Bill.
The passage of the Bill on Tuesday was preceded by disagreement among the members of the Committee.
The lawmakers, who were set to address newsmen on the Amendment of the Electoral Bill earlier in the day, were hurriedly invited for an emergency meeting in the office of the Joint Chairman of the Panel, Senator Nazif Suleiman.
The version of the Bill passed by the House of Representatives was different from that presented by Suleiman on behalf of the Senate.
However after the closed door meeting, Suleiman confirmed the passage of the Bill.
President Muhammadu Buhari had earlier declined assent to the amended Electoral Act.
This will be the fourth time the Act will be amended.