Melaye to Buhari: Rescind your nomination of Onochie as INEC Commissioner

US was misled on Kogi governorship election — Sen. Adeyemi

The representative of Kogi West Senatorial District, Senator Dino Melaye, on Friday claimed he had regained his freedom after spending 11 hours in kidnappers’ den.
Senator Ben Murray-Bruce had on Thursday tweeted that Melaye was kidnapped on his way to Lokoja, Kogi State.
Murray-Bruce said he was informed of the kidnap by Melaye’s brother, Moses Melaye.
The police on Thursday said it had no information of Melaye’s kidnap.
It said the alleged kidnap had not been reported at any of its stations or outposts as at the time the Force Public Relations Office, Deputy Commissioner of Police Jimoh Moshood issued the police statement.
But in the early hours of Friday, Melaye on his Twitter handle said he had regained his freedom.
He tweeted: “I thank God once again for escaping another dangerous attack.
“I also thank Nigerians for their prayers and show of Love.
“Spent 11 hours in the wilderness traumatized but God preserved me.
“God is the best and in whom ONLY I trust.
“They will continue to try. WE SHALL OVERCOME!!!” 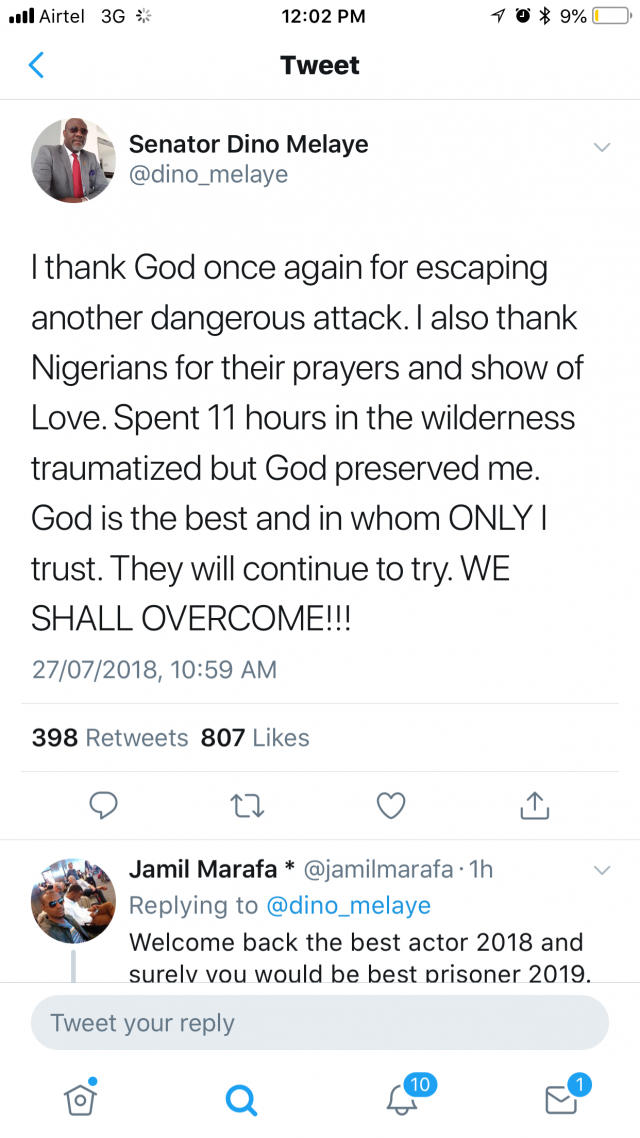 Melaye to Buhari: Rescind your nomination of Onochie as INEC Commissioner

US was misled on Kogi governorship election — Sen. Adeyemi

Bandits again abduct over 50 passengers in Niger State, cars burnt in another incident