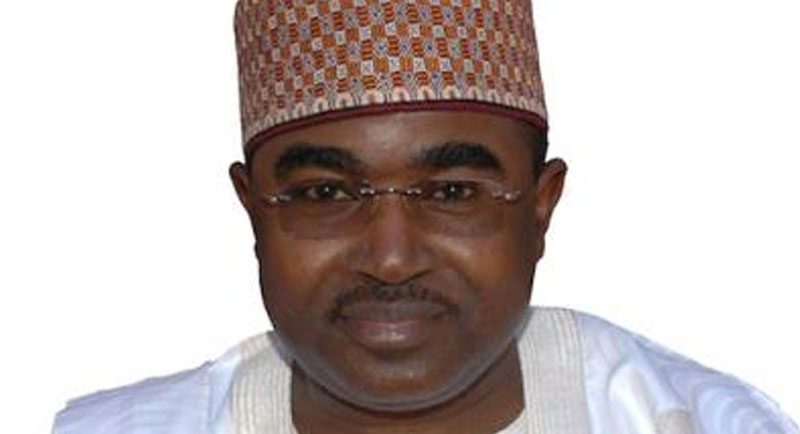 A former Military Administrator of Lagos State and stalwart of the All Progressives Congress in Adamawa State, Brigadier General Buba Marwa (retd), escaped lynching during the Thursday presidential campaign rally of the party in Yola.
Marwa was one of the 71 retired Generals that endorsed President Muhammadu Buhari for reelection earlier in the week.
Saidu Naira, a former Secretary of the APC in Adamawa State, revealed that Marwa escaped being lynched but received the beating of his life at the rally.
Naira said Marwa was whisked out of the venue of the event by security operatives of the Presidential Villa.
According to Naira, the former Ambassador of Nigeria to South Africa during the regime of former President Goodluck Ebele Jonathan, attracted the wrath of Adamawa youths when he refused to recognize and endorse Governor Muhammadu Umar Jibrilla Bindow for a second term when he mounted the campaign podium to speak.
Naira revealed that Marwa forced the Master of Ceremony to break the protocol of the programme on the ground that he was sent by the First Lady of Nigeria, Hajiya Aisha Buhari, to deliver a message to the people of the state.
He said the offence of Marwa was his refusal to to say: “Adamawa sai Bindo,” because he had supported the candidature of Halilu Modi, younger brother of Hajia Buhari, in the APC primaries against Bindow.
He said: “Marwa is one of the key men playing a major role to stop Bindow from becoming Governor, pushing the state and the party into serious political crisis.
“On being given the opportunity to talk, he should have used the chance to call for unity of purpose for the party to win all coming elections in the state.”
The youths, who were shouting: “Karya ne! Karya ne!! Bama Sonka! Kai muna fiki ne,” meaning they don’t like Marwa because of the hatred he has for Bindow.
It was a sort of a dramatic display before President Muhammadu Buhari delivered his speech in which he promised to continue the good work for the people of Adamawa State and Nigeria as a country in all sectors if they vote him for the second term.
During the APC governorship primaries, Marwa alongside former Secretary to the Government of the Federation, Babachir David Lawal; Engr Marcus Gunduri; Mohammed Halilu (Modi) pitched their political tent against Bindow.
This played out when Buhari visited Adamawa State to continue his campaign on Thursday.