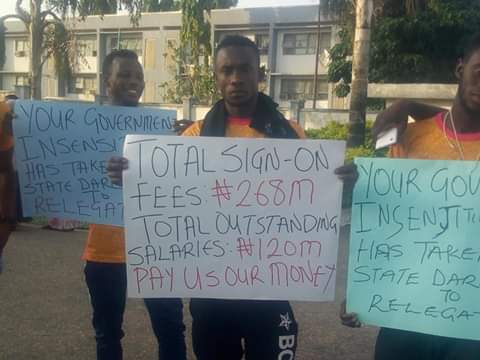 Players and officials of Kwara United Football Club of Ilorin on Monday staged a peaceful protest.
The protest was over the non-payment of their salaries and sign-on-fees.
The players and officials came out with placards displaying the amounts owed them by the Kwara State Government.
According to the placard , the state government is owning them four months salaries.
The protest is coming less than 10 days to the end of the Administration of Governor Abdulfatah Ahmed.
Ahmed will be handing over with to Governor-elect, Abdulrazak Abdulraham. 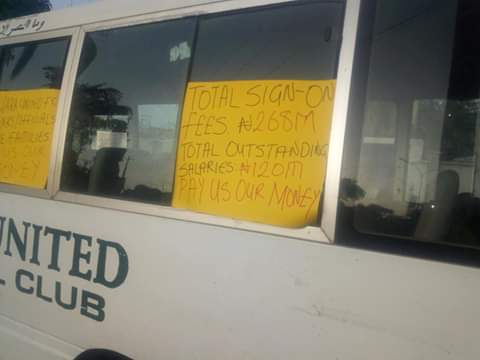 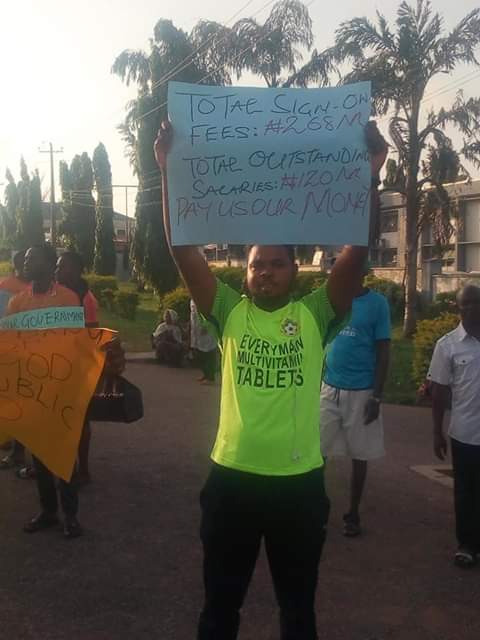