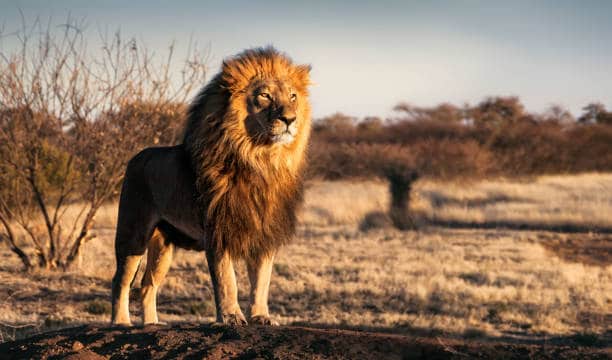 The lion that escaped from its cage in Kano Zoological Gardens, Kano, Kano State has been captured.
The Managing Director of the Zoo, Saidu Gwadabe, disclosed this to BBC Hausa Service on Sunday.
Gwadabe said the lion was found inside the cage of goats in the zoo premises.
It had killed and eaten all the goats in the cage before it was found, he said.
He added: “The Rangers had succeeded in locking up the cage before the lion was shot with an injection, which made him less harmful before it was captured and returned to its cage.”
According to the News Agency of Nigeria, the lion escaped at about 9pm on Saturday.
This was after it was brought back from an agricultural show in Nasarawa State.