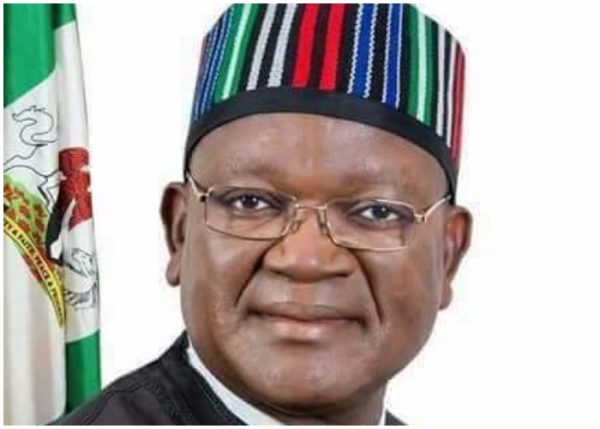 Governor Samuel Ortom of Benue State says he has ceased to be a member of the All Progressives Congress following what he called “a red card” given to him.
Ortom made this known on Monday in Makurdi shortly after swearing in a new Special Adviser on Bureau for Local Government and Chieftaincy Affairs, Jerome Shimbe, who replaced Titus Zam, sacked on July 8.
According to him, the red card from APC would enable him to join any political party that has an ideology worthy of being adopted by his administration.
The governor stated that the strained relationship between him and the party on which platform he contested the 2015 governorship election in the state has left him without a party.
The governor partially dissolved his cabinet last week, retaining four out of the 16 commissioners and seven out of 19 Special Advisers.
Although he gave no reason for the sacking of the members of the expanded cabinet members, it was reliably gathered that the sudden cabinet reshuffle might not be unconnected with the friction between him and the APC leader in the state, Senator George Akume.
Ortom also said the appointment of Shimbe was based on his impeccable character and proven track record of service.
He advised the new adviser to strive to justify the confidence reposed in him and open his doors to all indigenes seeking for assistance from him regardless of their political affiliation.
Responding, Shimbe thanked the governor for finding him worthy of the appointment while pledging to ensure that the governor succeeds in all his endeavours.
The governor has had running battle with President Muhammadu Buhari also over the issue of herdsmen killing of farmers in the state.
He has complained to the President several times and said voting for Buhari in 2019 was doubtful in the state owing to the development.
On January 1, 2018, over 80 persons were killed by herdsmen in the state.