Oshiomhole has not endorsed Akeredolu for governorship poll — APC

The Edo State House of Assembly has been inaugurated with nine members out of 24 present.
Crisis had attended the inauguration of the Assembly, with majority of the members elected on the platform of the All Progressives Congress faulting the decision of the party to zone leadership positions based on Senatorial Districts.
This was seen as a further deepening of the face-off between the State Governor, Godwin Obaseki, and his immediate predecessor, now National Chairman of the APC, Adams Oshiomhole.
Nineteen of the lawmakers on Monday openly opposed the move by Obaseki to inaugurate the Assembly without acceding to their requests for a free hand to choose their own leaders and paying them to execute constituency projects.
However, by Tuesday morning, officials of the Edo State Government announced that the Assembly had been proclaimed by the Clerk, Alhaji Audu Yahaya Omogbai, based on Obaseki’s letter.
While Hon. Frank Okiye (Esan North East 1) was said to have been elected as the Speaker, Hon. Yekini Idiaye of Akoko Edo Constituency 11 emerged Deputy Speaker.
The timing of the inauguration remains in dispute.
While Government officials said the Assembly was inaugurated on Monday at 3pm, those opposed to the Governor said it was performed at 12 midnight.
Three of the lawmakers present during the proclamation were said to have been invited for a meeting at an unspecified location before their phones were seized and they were “bundled” into a car for them to attend the ceremony.
Members present at the inauguration apart from Okiye and Idiaye were Nosa Okunbor, Henry Okuarobo, Uyi Ekhosuehi, Marcus Onobun, Ephraim Anehbosele, Roland Asoro and Eric Okaka.
Sitting was said to have been adjourned till July 17, 2019 immediately after the proclamation. 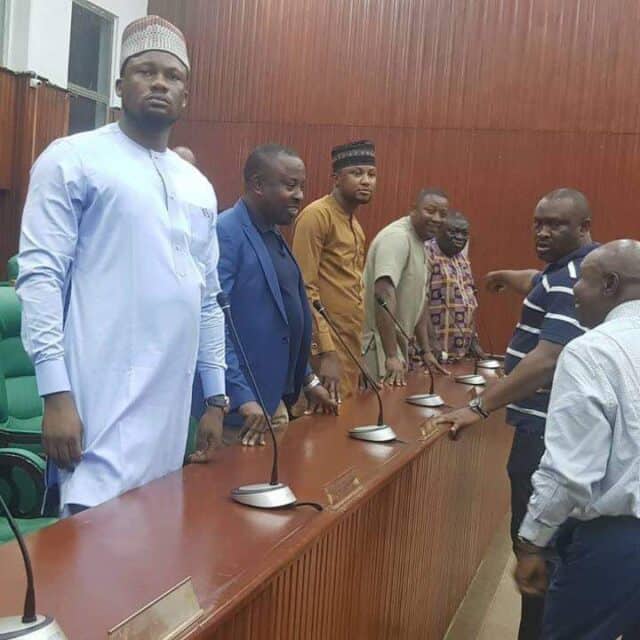 Oshiomhole has not endorsed Akeredolu for governorship poll — APC