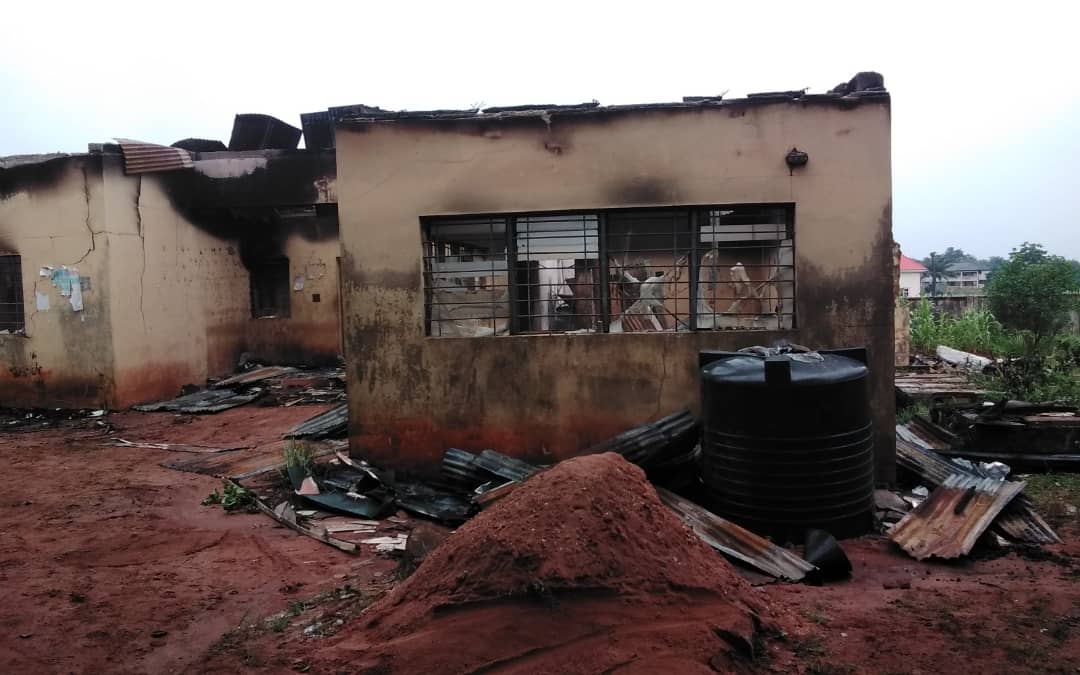 The Independent National Electoral Commission office in Igboeze North Local Government Area of Enugu State has been burnt down by unknown arsonists.

The building, situated at the council headquarters in Ogurute, was totally burnt when it was set on fire late on Sunday.

It was gathered that the Enugu State Fire Service, which has an office at Ogurute, could not move in to save the situation for fear of further attacks until security was provided. 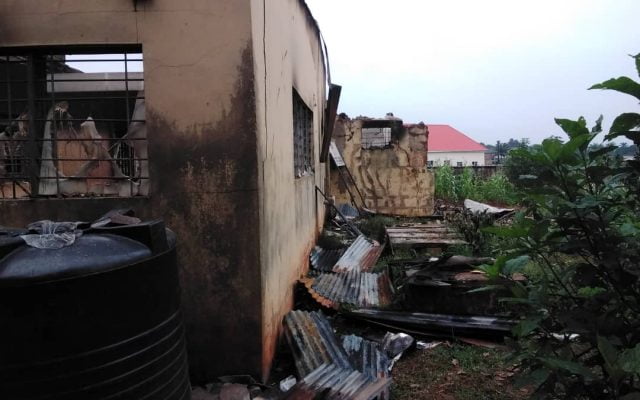 Sources in the area told our correspondent that by the time security was provided, the fire had completely razed down the building.

The sources added that the only thing the two fire trucks from Nsukka and Ogurute were able to do was to prevent the fire from spreading to nearby offices.

Igboeze North and its neighbouring Igboeze South LGA had been under attack recently by unknown gunmen, leading to the state government imposing a 6pm to 6am curfew and banning commercial motorcyclists in the affected LGAs.

In a statement confirming the attack, Festus Okoye, National Commissioner, Information and Voter Education Committee, expressed worry over the unending attack of INEC facilities, especially at a time elections are coming up. 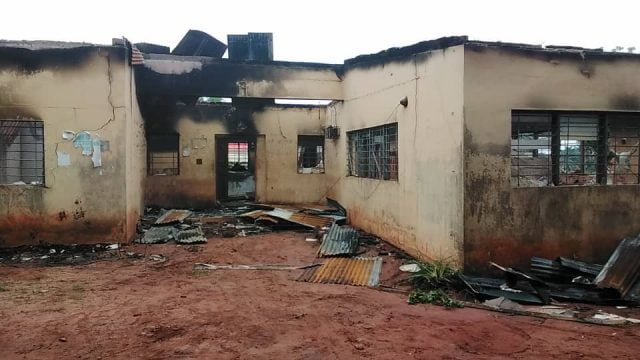 “The arsonists overpowered the security guards, forced their way into the premises and set the building ablaze. Although no casualties were reported, 748 ballot boxes, 240 voting cubicles, office furniture and equipment were destroyed in spite of the best effort of the Enugu State Fire Service deployed from Nsukka. The Commission is working to ascertain the status of voter registration machines for the ongoing Continuous Voter Registration (CVR) exercise as well as uncollected Permanent Voters Cards (PVCs) locked up in the fireproof cabinet.

“The incident has been reported to the  Nigeria Police for investigation and further action.

“The attack, coming in the middle of the voter registration exercise and other  preparations for 2023 General Election, is worrisome. It will be recalled that on 23rd May 2021, our office in the neighbouring Igboeze South Local Government Area was attacked in a similar manner by unknown gunmen. This followed earlier attacks on Udenu Local Government Area office on 13th May 2021 and the State Headquarters in Enugu on 16th May 2021. The Commission has since substantially recovered from these attacks and resumed normal activities there, including the CVR and collection of PVCs.

“The Commission will continue to work with the security agencies and the emergency services to protect our facilities.”