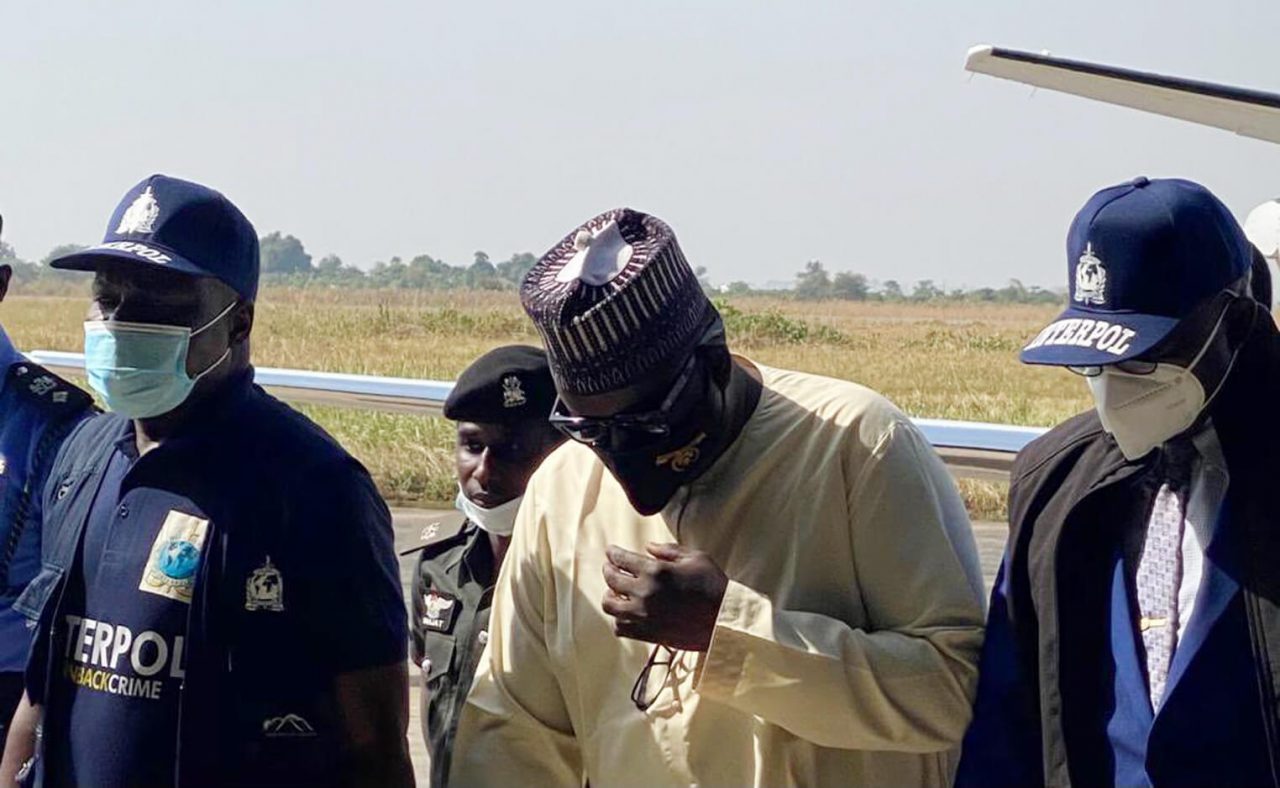 The development was confirmed via a statement by the Force Public Relations Officer, Frank Mba, on Thursday.

Mba said Maina was brought into Nigeria on Thursday from Niamey, Niger Republic, where he was arrested having been declared wanted by a court of competent jurisdiction over a pending criminal trial against him.

Recall that Maina was arrested on November 30, 2020 through the collaborative efforts of operatives of the Nigeria Police Force, INTERPOL NCB, Abuja and their Nigerien counterpart.

The team from INTERPOL Nigeria, led by the Commissioner of Police INTERPOL, Garba Umar, having completed the necessary documentation requirements and other extradition processes, flew the wanted former Pension Boss into Nigeria aboard an NPF Jet 5N-HAR and landed at exactly 2:17pm Nigerian time.

The Inspector General of Police, Mohammed Adamu, while applauding the trans-national/inter-agency collaborations that led to the successful arrest and extradition of the wanted fugitive, assured that necessary legal actions will follow immediately. 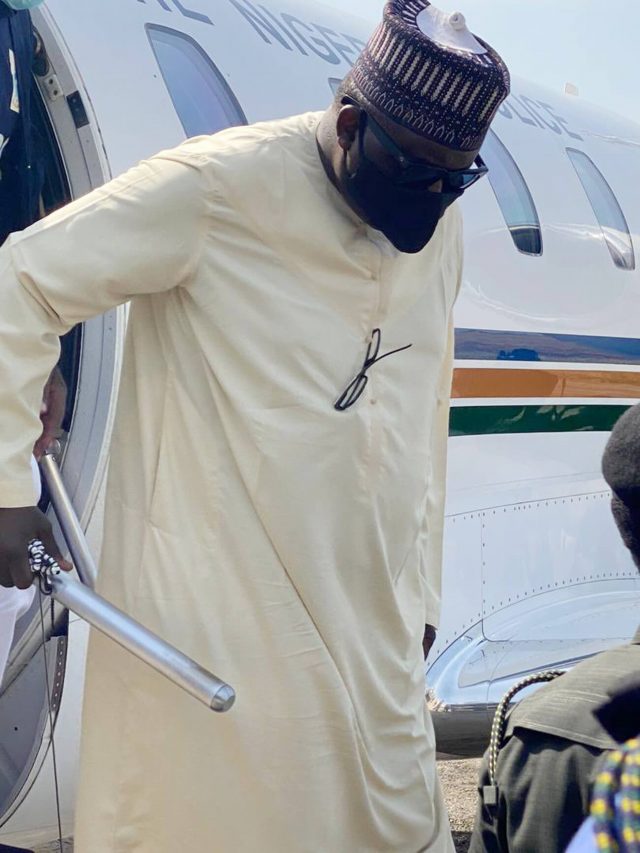 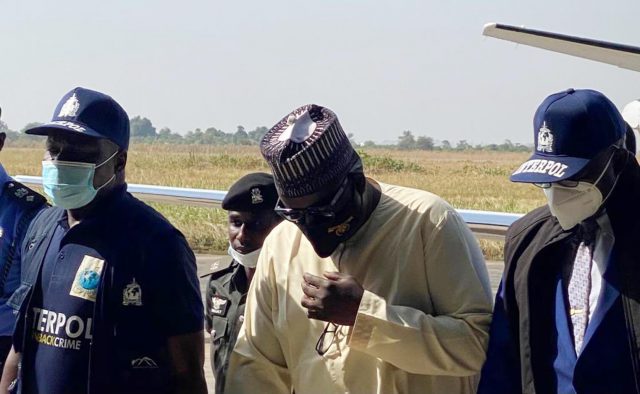 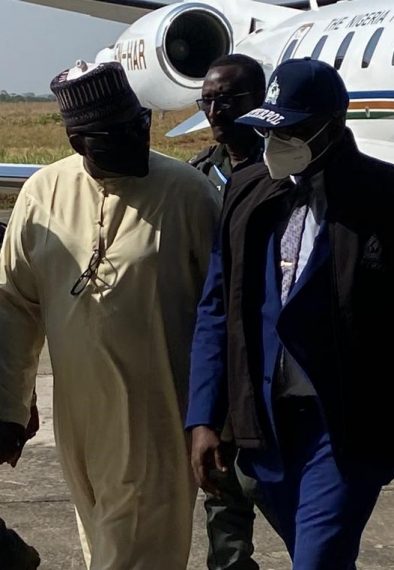 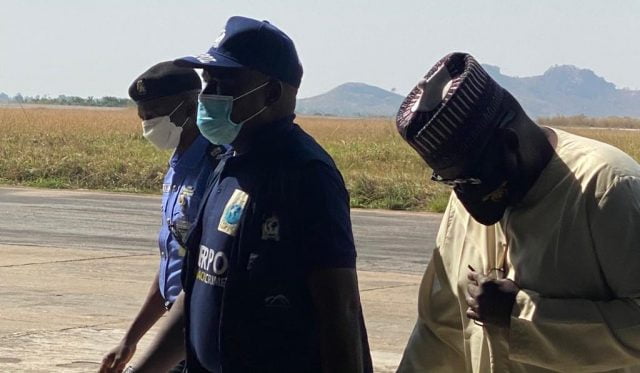 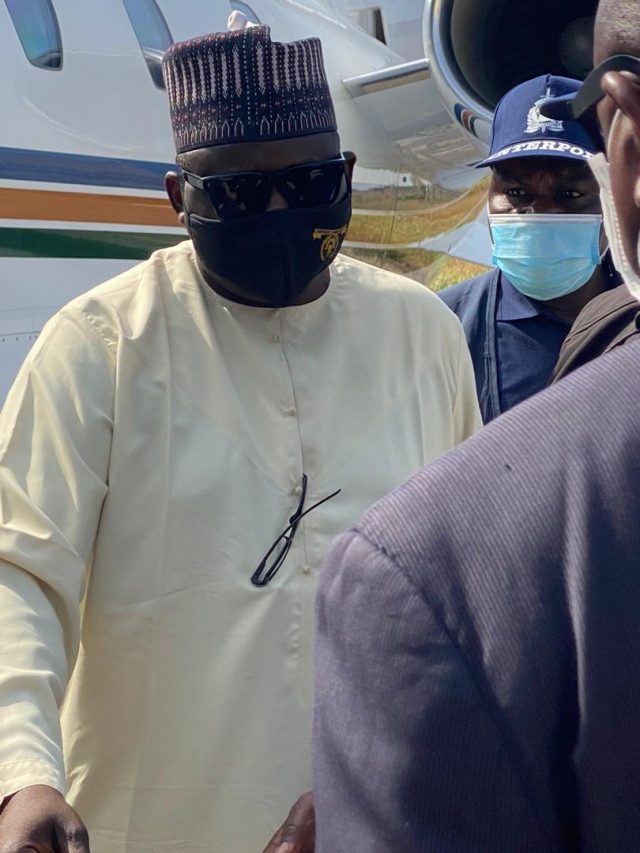