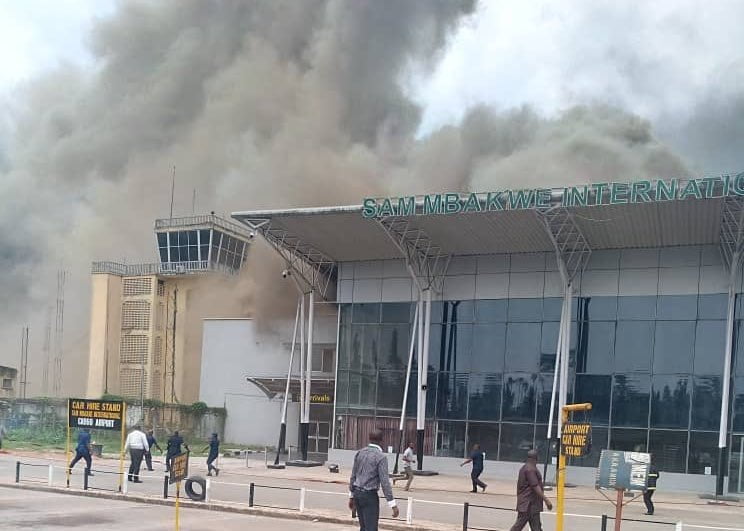 A bush fire has been reported at the Sam Mbakwe International Cargo Airport in Owerri, Imo State.
The Federal Airports Authority of Nigeria announced this in a statement on Tuesday.
FAAN informed airline operators and other airport users of the development in a statement by its spokesperson, Henrietta Yakubu.
The statement said Officers of the Air Rescue and Fire Fighting Services are presently on ground fighting the fire.
The statement said the incident did not affect flight operations as normal flight operations continues unhindered.
It added: The Authority will like to appeal to host communities around airports to please desist from burning bushes around the airports as this act is capable of jeopardizing safety of flight operations because of the prevailing weather condition in the country.”