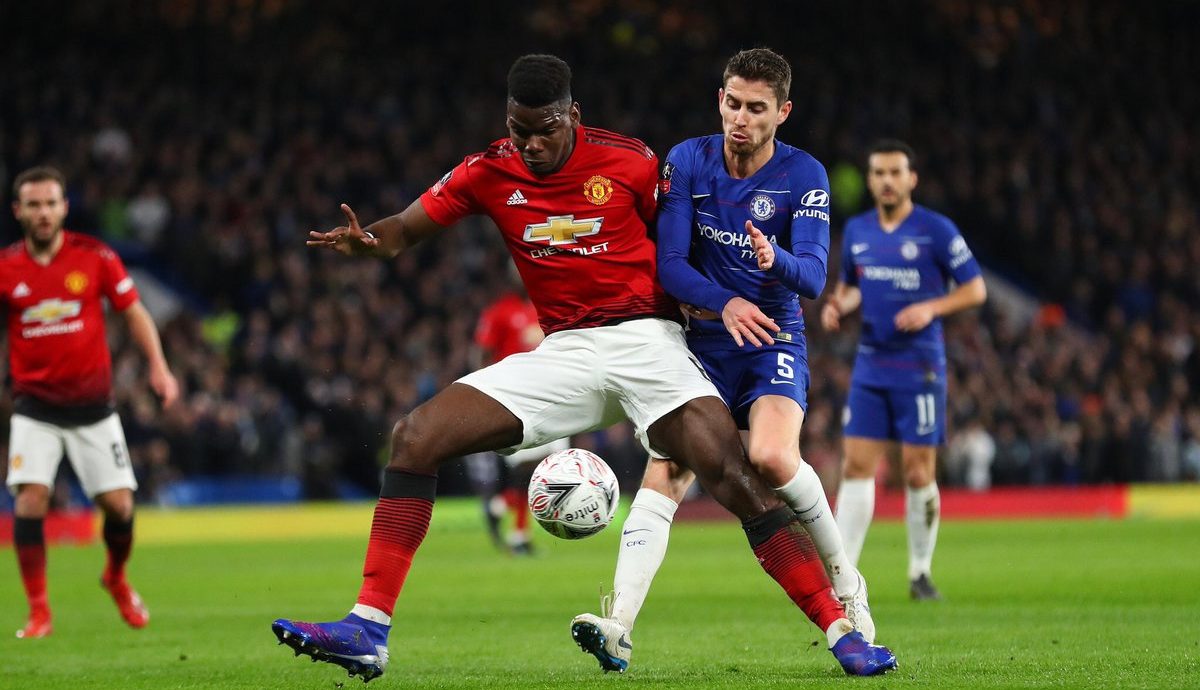 Manchester United continued with their winning streak under Coach Ole Gunnar Solskjær after a Champions League slip with a 2-0 sanctioning of Chelsea in a FA Cup Fifth Round match in London.
The Premier League teams clash was the top of the pick for the Fifth Round FA Cup match on Monday.
The two goals came from headers by Ander Herrera and Paul Pogba.
While Pogba supplied the cross Herrera converted in the 31st minute, it was Marcus Rashford that provided that of Pogba, who scored as the referee whistled for half time.
Pogba has been directly involved in 15 goals in 10 domestic games under Solskjær.